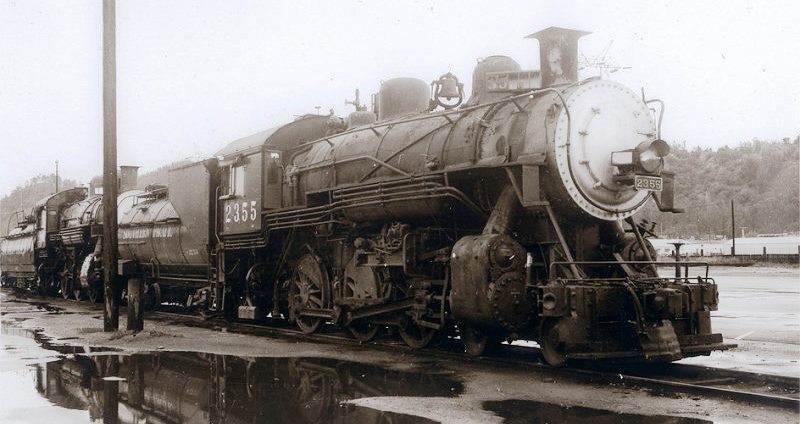 On November 6, 2012 Mesa, Arizona voters approved the $70 million Parks and Recreation Bond Program. The projects funded by these bonds will create new parks from developing vacant city-owned land. This is part of the city’s ongoing efforts to remake and revitalize its urban core. 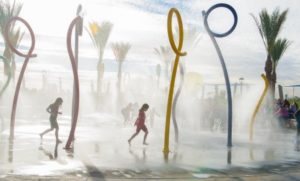 Now, the first phase of Pioneer Park’s $8 million makeover in downtown Mesa begins this week as a specialty crew begins to remove asbestos and lead paint from the historic Southern Pacific Engine #2355. The engine was built in 1912, and was donated to the city by the Southern Pacific Company in 1958.

It was been sitting in Pioneer Park, fenced-off and rusting, since the early 1990s. Mesa officials had once announced plans to dispose of the locomotive, but local citizens came to the rescue of the century-old icon.

The locomotive restoration is not fully funded by the bonds, however, so the public is pitching in. “I think people will be very happy with the final restoration,” said Jim Ruiz, chair of the Save Our Train Committee. 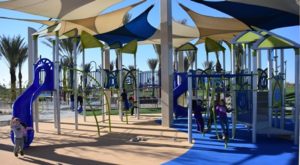 Ruiz said the group has collected $34,000 over the past few years. He said many individuals and businesses have pledged time and materials, but he’s not sure that will be enough to return the engine to its original glory. “We need everyone’s help and financial donations more than ever now,” he said.

Steam locomotive #2355 was built for the Southern Pacific Railroad in October, 1912, by Baldwin Locomotive Works, in Philadelphia, Pennsylvania. Locomotive #2355 is a Class T-31, “ten-wheeler” 4-6-0, built as a dual service locomotive for smaller passenger and freight trains. A typical use for the 4-6-0 was in commuter train service, as they could quickly accelerate trains to track speed from the many passenger stops.

#2355 was the third locomotive in a series of ten identical 4-6-0 locomotives constructed for the Southern Pacific with the Class T-31 designation. There is only one other example of the T-31 class that survived, the # 2353, on exhibit in Campo, California. The #2355 operated several million miles during its 45 years of service, until it was relegated to standby service as the Southern Pacific and other railroads were converting to diesel power.

Southern Pacific retired #2355 in late 1957 and it was scheduled to be scrapped when it was given instead to the City of Mesa for exhibit. A donation ceremony was held on April 12, 1958.

Photo by Wally L. Burgess, who has helped restore the engine.

See Save Our Train website to Visit donate or volunteer.