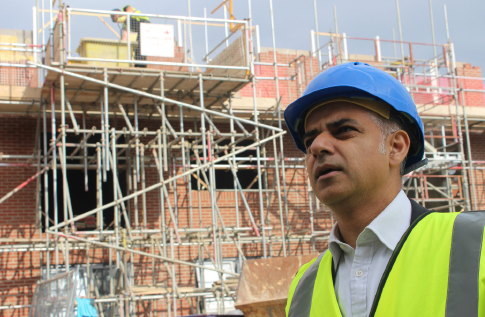 James Murray, deputy mayor for housing, said the document would be published in Autumn of 2016.

It will contain advice to developers on issues including the appropriate level of social housing and reasonable offers to leaseholders.

Mr Murray said: “We are working on a best practice guide for estate regeneration. It will include guidance on levels of social housing, rehousing, what is a fair deal to leaseholders and good practice in consultation.”

“The housing crisis is the single biggest barrier to prosperity, growth and fairness facing Londoners today. I’ve found that, both as a MP, and throughout my campaign to be Mayor of London, it doesn’t matter whether you’re talking to business leaders, local residents, charities or community groups: far and away the biggest issue across the board is London’s housing crisis. The city’s shortage of decent and affordable homes is causing real misery to millions of Londoners, and damaging London’s competitiveness.

The effects are well known. People who grew up in London unable to rent or buy, parents forced to raise children in homes that are too small, and rents taking up more and more of people’s income. Homeownership is slipping increasingly out of reach for more and more Londoners, and homelessness is rising for the first time in a generation. Many Londoners now face far longer and more expensive commutes, and businesses struggle to recruit and retain the people they need to grow and prosper.

See full article by Pete Apps in Inside Housing.