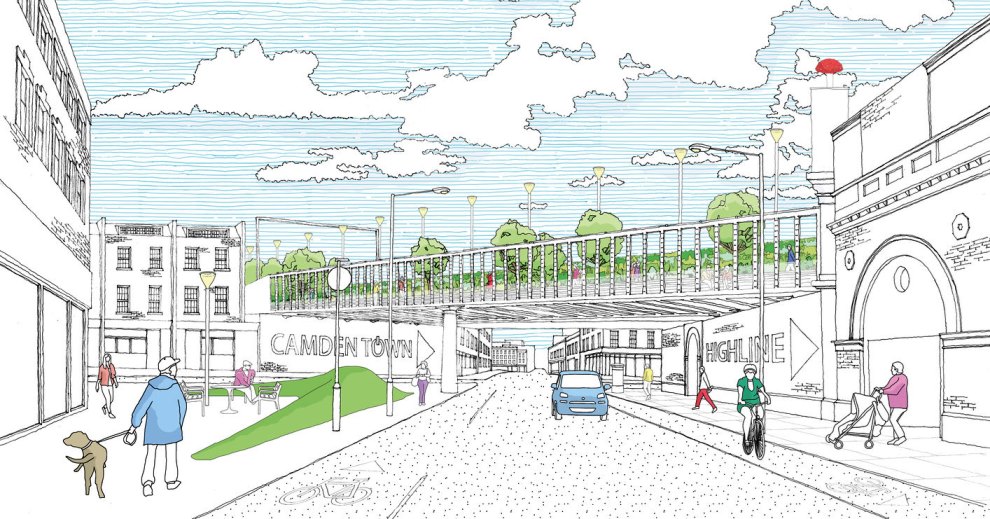 Possibly the most famous recent urban revitalization success on the planet, Manhattan’s High Line Park repurposed an old elevated rail line, which former New York City mayor Rudy Giuliani wanted to demolish at the cost of many millions of dollars. 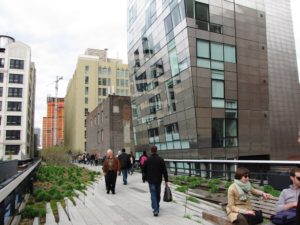 Fortunately, local citizens who envisioned transforming it into a linear park prevailed on Giuliani’s replacement, Michael Bloomberg, and the High Line was born.

The High Line has since stimulated well over $20 billion of redevelopment and revitalization, all along its path. It was inspired by a similar project in Paris, and has, in turn, inspired many more such revitalizing reuses of old infrastructure in cities across the U.S., and worldwide.

As described in Storm Cunningham‘s new Resilience Strategy Guide, the High Line’s revitalizing power arose from its “3Re”strategy of repurposing, renewing, and reconnecting. 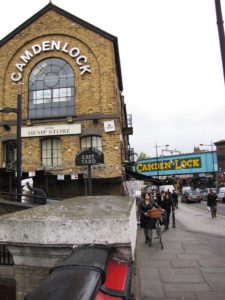 Camden Town, often shortened to Camden, is a district of northwest London, located 2.4 miles (3.9 km) north of Charing Cross. It is the administrative centre of the London Borough of Camden, and identified in the London Plan as one of 35 major centres in Greater London.

Laid out as a residential district from 1791 and originally part of the manor of Kentish Town and the parish of St Pancras, London, Camden Town became an important location during the early development of the railways, which reinforced its position on the London canal network. The area’s industrial economic base has been replaced by service industries such as retail, tourism and entertainment. The area now hosts street markets and music venues which are strongly associated with alternative culture.

The Camden High Line is a proposed temporary public park and new transport link that transforms a section of disused railway line between two of London’s most diverse post-industrial districts — Camden Town and King’s Cross.

And the Camden Highline is a project proposed by Camden Town Unlimited (CTU), the business improvement district (BID) for Camden Town. That’s us.

The simplest way to understand a BID is to imagine a geographical area. In our case, Camden Town. Within this area are approximately 320 businesses (a mix of retail, offices and leisure), all over a certain size, who have opted to voluntarily pay for improvements to the local area through an additional levy on their business rates.

CTU is elected by local businesses every five years to improve Camden as a place to work, live and visit. Its agenda is set and overseen by a board that includes local business leaders, residents, and councilors. Since 2006, CTU has carried out a range of projects, from supporting young entrepreneurs with affordable workspace through the award winning Camden Collective project to streetscape improvements, local discount schemes, and crime and green initiatives. 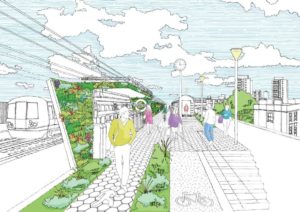 We’ve been interested in the possibility of a Camden Highline for a while. In 2008 we repainted the existing North London Line bridge owned by Network Rail that the Highline would use. In 2014 we carried out a series of pop up art installations that asked artists and designers to explore the possibility of installing a green high line above the busy Camden streets — using the High Line in New York as a reference. And since 2016 we’ve been working with Network Rail on the technical feasibility detail to do with using the infrastructure.

CTU was elected for its third term in 2016, which runs until 2021. And the Camden Highline is one of many projects we’ll be carrying out (including canal and streetscape improvements) that, amongst other things, aim to improve the connectivity between Camden, King’s Cross and Euston.

All of our projects are aimed to benefit the local area. We don’t do anything for financial gain, we’re a non-profit organisation, and the Camden Highline, if built, will be too. We’re not going to privatise a piece of Network Rail’s infrastructure (they may need it back at an unknown point in the future), but we do think the benefits of its re-use for the Camden Highline outweigh the benefits and costs of leaving it vacant. Which is why it’s a good idea!