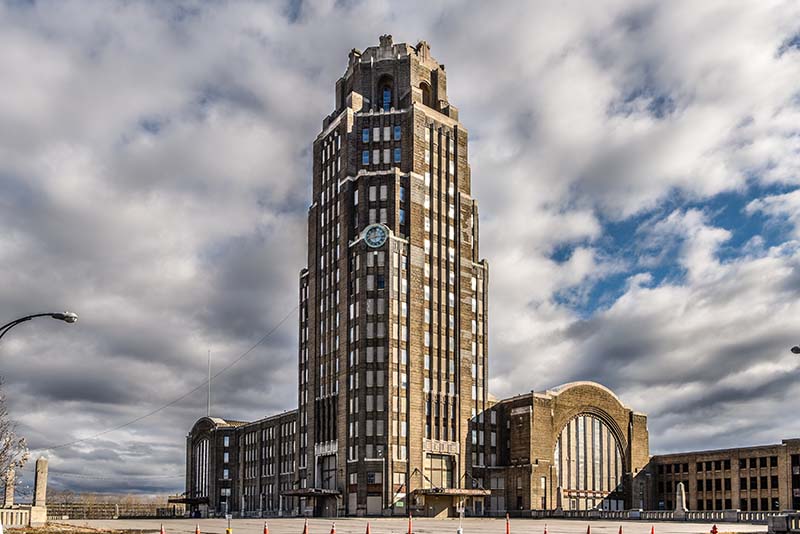 Opened in 1929 to serve more than 200 trains and 10,000 passengers daily, the iconic Buffalo (New York) Central Terminal operated for 50 years until the Art Deco masterpiece officially closed as a train station in 1979.

In 1997, the 18-acre Buffalo Central Terminal site was acquired by the non-profit Central Terminal Restoration Corporation (CTRC). It is the mission of CTRC to refurbish and repurpose the property on Buffalo’s East Side. 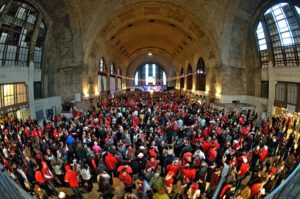 To help fund restoration, the CTRC currently hosts 30-plus public events a year in this beloved building. But, despite many grand plans and visionary ideas, the complete restoration and reuse of the building has never been properly funded.

Now, on April 13, 2018, New York Governor Andrew M. Cuomo announced a $5 million investment from the Buffalo Billion Initiative that will support the implementation of the Urban Land Institute‘s recommendations for this historic East Side landmark.

Funding will be administered by the Central Terminal Restoration Corporation, and will focus the investments on restoring the Terminal’s historic concourse in order to make the space fully functional for community and private use.

“We are taking an important step forward in an effort to preserve and revitalize an iconic building that is beloved in Western New York,” Governor Cuomo said.

“This investment will help breathe new life into the landmark, redevelop the complex to meet the needs of the growing and diverse community, and restore one of the region’s rich architectural assets to continue building economic momentum throughout the region,” he continued.

“This jewel has been part of the fabric of Western New York life since 1927 – a place where thousands of people like my father-in-law returned from WWII, and my husband departed for college,” said Lieutenant Governor Kathy Hochul. “Growing up, I always marveled at the iconic Buffalo Central Terminal, and like all Western New Yorkers, I knew that its decline signaled troubled times ahead for this region.” 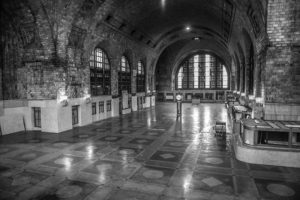 “Instead of a symbol of decline, with this investment we will transform the Central Terminal into a symbol of rebirth. The Governor and I are committed to continuing the progress of the New Buffalo, and that means investing in our neighborhoods like the Broadway Fillmore District. Bringing the Central Terminal back to life will be a significant step forward for Buffalo’s East Side,” she enthused.

In June 2017, Empire State Development in cooperation with the City of Buffalo and the ULI Foundation, sponsored a week-long Urban Land Institute study of the Buffalo Central Terminal’s potential for rehabilitation and reuse.

After interviewing regional stakeholders, analyzing local context, and engaging in several intensive design charrettes, the Urban Land Institute team concluded the site could be a great asset to the community by providing activity space and opportunities that appeal to a diverse clientele. View the full Urban Land Institute report here.

The Central Terminal Restoration Corporation will invest the $5 million using the Urban Land Institute Advisory Panel’s findings to guide the restoration work at 495 Paderewski Street in Buffalo. CTRC’s goal is to reuse the entire complex with a focus on restoring the iconic art deco tower. Initially, this work will include:

The CTRC will build a fulltime operational staff to oversee the creation of a master plan for the Buffalo Central Terminal complex, and manage future capital improvements to the property, fund raising and marketing.

The $5 million in Buffalo Billion funding for the Central Terminal project is separate from, and will not impact, the $60 million in Buffalo Billion Phase II funding, which is dedicated to developing and revitalizing target areas on the City’s East Side Commercial Corridors, including Michigan, Jefferson, Fillmore, and Bailey, and the Buffalo Neighborhood Stabilization Initiative focused on housing preservation and home ownership on the East Side.

This iconic, revitalizing project drew praise from political leaders across the state: 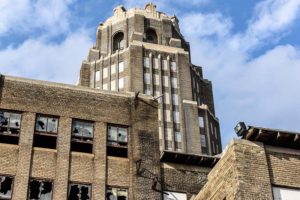 Empire State Development President, CEO and Commissioner Howard Zemsky said, “Investing in the historic Central Terminal makes compelling sense for the east side and for the entire city and region. We are proud to be working with the CT Board to advance the plan they developed last year with the Urban Land Institute.”

Senator Tim Kennedy said, “Back in December, I joined the Central Terminal Restoration Corporation and neighbors from the Broadway-Fillmore community to push for $5 million in state funding for the stabilization of the historic Central Terminal and the formation of an executive team tasked with securing future development. Today, the state delivered. As CTRC has said, this money will be a game changer for this Buffalo landmark, and take one us one step closer to seeing the Terminal restored and reused.” 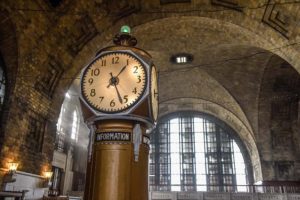 Assemblywoman Crystal D. Peoples-Stokes said, “I’m thrilled that the Central Terminal Restoration Corporation will be receiving $5 million to make organizational and site improvements. This funding is essential for helping the historic site switch gears and move more fluidly towards increased activity and bigger projects. We appreciate all of the ULI professionals that volunteered their time and efforts. I’d like to thank my co-advocate Senator Tim Kennedy, Mayor Brown, Governor Cuomo and Empire State Development President Howard Zemsky.”

Mayor Byron W. Brown said, “I thank Governor Cuomo for making this critical investment in the Central Terminal. This $5 million in funding will help with the restoration of the Terminal’s historic concourse and give the Central Terminal Restoration Corporation, the State and the City the time needed to begin implementing the recommendations laid out in the Urban Land Institute plan for the Central Terminal. Working together, we can restore this architectural icon while also making it an engine for growth in the Broadway-Fillmore community.”

All photos courtesy of the Central Terminal Restoration Corporation.