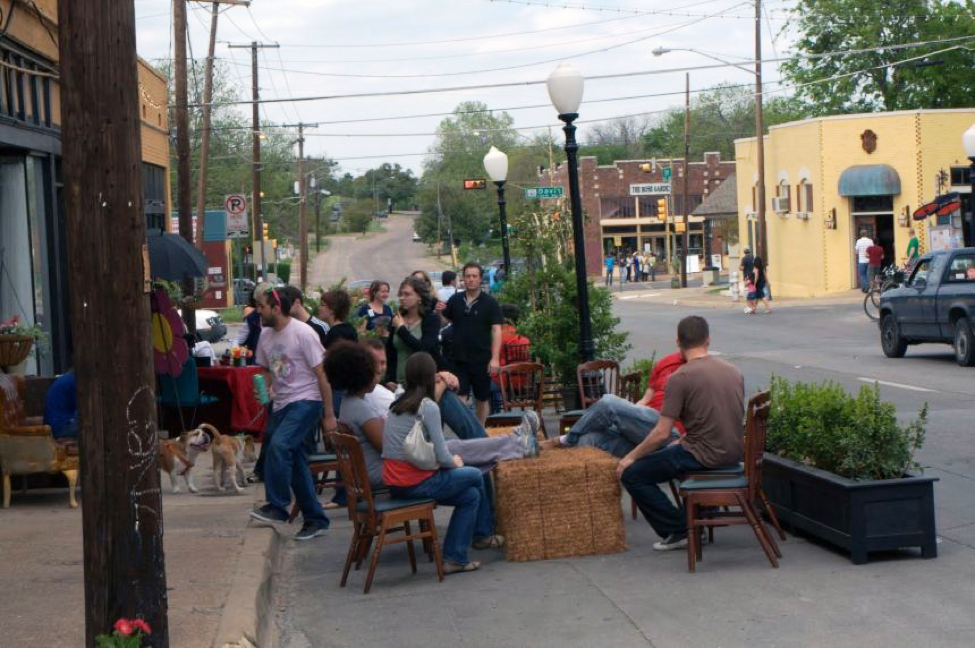 Pop-up parks are a great way to revitalize areas that have been otherwise forgotten. City development happens from the successful neighborhoods out.

Take the neighborhood of Oak Cliff in Dallas, Texas. In his TED Talk entitled, “How to Build a Better Block,” Jason Roberts of The Better Block Foundation explains how he helped revitalize his neighborhood by finding an unloved space, breaking some rules, and building a park.

One weekend on a deserted avenue, the group put up a pop-up coffee shop, turned a vacant garage into a kids’ art studio, and filled the street with flower markets and potted trees.

The result? The pop-up park became a self-fulfilling prophecy as people started returning to that neighborhood, filling in the vacant spots with more permanent visions of the weekend-long pop-up park.

A forgotten neighborhood finally turned into a space with real potential.

Pop-up parks may be temporary, but they can have lasting benefits.