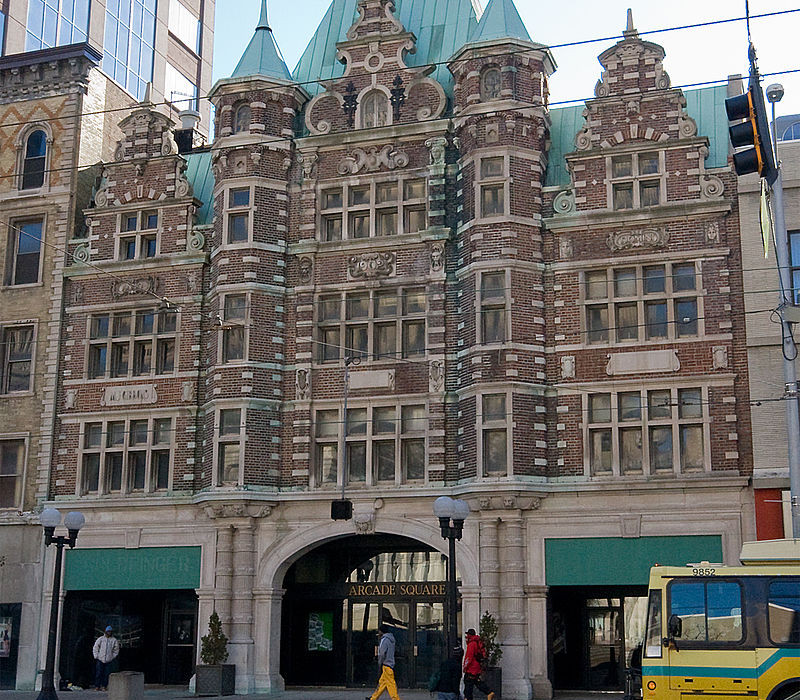 Big changes are set to come to the historic, long-vacant Dayton Arcade in downtown Dayton, Ohio.

The units would be the first of their kind in the Dayton area. The first phase of project focuses on the historic Commercial Building on fourth and Ludlow and the Fourth Street apartment building. “The state historic tax credit program, combined with federal historic tax incentives, will help develop the Arcade into something that is new, different and engaging,” said Steve Petitjean, Senior Vice President & Market Manager for Fifth Third Bank and Arcade Task Force co-chair.

“I am excited that we have partnered with a developer who has a long track record in successful adaptive reuse of historic buildings and urban mixed use development,” said Mayor Nan Whaley.

The Historic Arcade is a historical, architecturally elegant complex located in the heart of Dayton’s central business district. Built between 1902 and 1904 by Eugene J. Barney of the Barney & Smith Car Company, it consists of five interconnecting buildings topped by a glass-domed rotunda. As President of the Arcade Company, Barney made sure the Arcade had the latest innovations, including elevators, a power plant and a cold storage plant. The architect was Frank M. Andrews, known also as architect for many of NCR’s factory buildings and the American Building in Dayton.