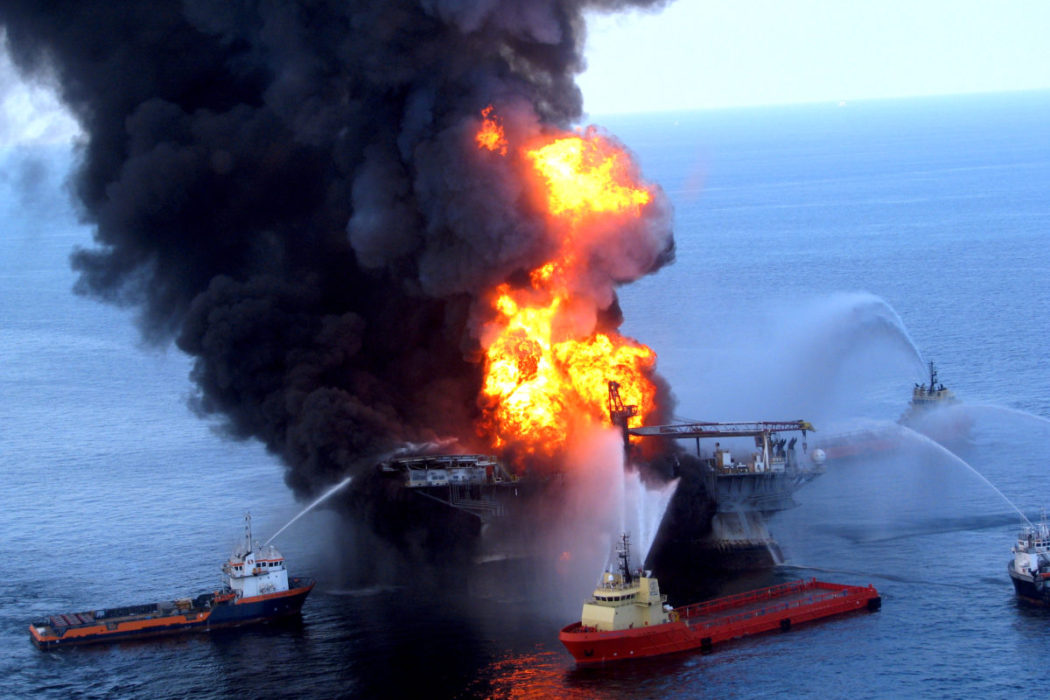 On April 20, the 10-year anniversary of the Deepwater Horizon oil spill, the Louisiana Coastal Protection and Restoration Authority (CPRA) reflected on the tragedy and the decade of coastal restoration progress that has contributed to the state’s overall recovery.

On April 20, 2010, the Deepwater Horizon oil rig explosion initiated an immense tragedy that took eleven lives and spewed over three million barrels of oil into the Gulf of Mexico, causing one of the largest environmental disasters in U.S. history.

“The Deepwater Horizon oil spill was an unprecedented disaster that sadly claimed the lives of 11 men 10 years ago today. We will never forget them, nor their families, who have been forever impacted by this tragedy, and I am praying for all who suffered loss that day,” said Louisiana Governor John Bel Edwards.

“It further crippled Louisiana’s already fragile coastal ecosystems, which millions relied upon for their livelihood. But through hard work and dedication we have made great advancements. The disaster has become the impetus for some of the biggest projects in our coastal master plan and an opportunity for our state to grow its restoration and water management economy. It is our hope that in the coming years Louisiana will be building more coastline than it is losing each year,” he added.

As a result of the various legal settlements and fines imposed, more than $7.29 billion in settlement money will be awarded to the State of Louisiana for coastal projects through 2031, and another $1 billion will be awarded for economic damages. CPRA, the lead trustee administering the Louisiana settlements, has seized on the decade since the spill, making significant strides toward the restoration of the Louisiana coastline.

“The oil spill reinforced our responsibility to protect our coast and has given us the resources to construct game-changing coastal restoration projects in South Louisiana that have been envisioned for decades,” said CPRA Chairman Chip Kline. “For the first time in state history, the progress we are making in restoring our coast is able to match the scale of the problem itself.”

CPRA has completed nine oil spill projects to date that have created or benefited more than 3,400 acres of land, restored critical habitats for the state’s fish and wildlife, and provided improved recreational access to its people. With twelve additional projects currently under or nearing construction and another 26 in design, CPRA will create or benefit more than 150,000 acres of coastal wetlands using Deepwater Horizon settlement funds.

Ultimately, the financial penalties and settlements associated with the oil spill have afforded Louisiana the opportunity to fund its innovative, aggressive approach to combating coastal land loss through outlined in its $50 billion Coastal Master Plan – the largest scale coastal protection and restoration plan in the country.

“After Hurricanes Katrina and Rita, Louisiana had to completely rethink its approach to the coastal problem through a science-based planning process that allowed us to prioritize the most significant actions to protect and restore our coast,” said CPRA Executive Director Bren Haase. “Having this publicly-vetted plan already in place allowed Louisiana to immediately mobilize oil spill resources to implement projects that would contribute to the greatest possible recovery and the best long-term results.”

Today, settlements from the Deepwater Horizon oil spill are funding comprehensive, science-backed solutions for Louisiana’s land loss crisis. Since the 1930s, Louisiana has lost nearly 2,000 square miles of its coastal wetlands. A football field of land disappears every 90-minutes along our coast, and projections suggest Louisiana is at risk of losing an additional 4,000 square miles of land over the next 50 years.

Without action, Louisiana’s disappearing coast will have devastating impacts on the state and nation’s economic and energy security. For this reason, CPRA is developing projects using the most cutting-edge science and research available as part of our mission to restore and preserve Louisiana’s coastal habitats, natural resources, cultural heritage, and working coast and improve flood protection for its communities.

The Deepwater Horizon settlement funds are a major component of CPRA’s annual spending plan. Annual investments by CPRA of $840 million support up to 10,500 total jobs each year with an average wage that is $18,000 higher than the state average.