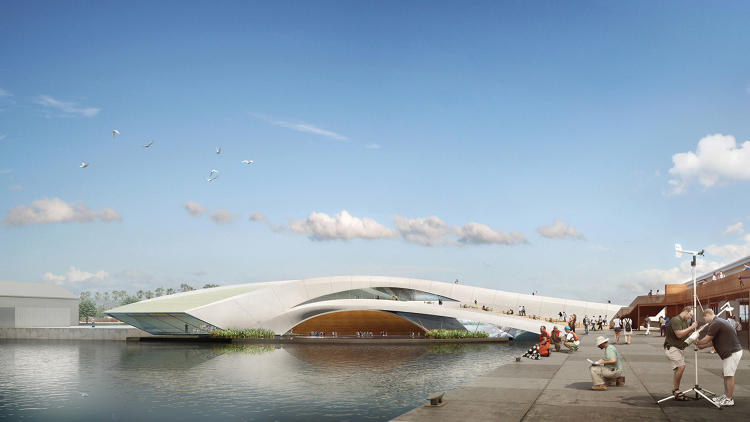 At the busiest shipping port in the United States, a wharf filled with abandoned warehouses will be converted into a research institute for sustainable aquaculture, underwater robotics, and ocean exploration.

AltaSea, a center for ocean research and startups, will be built for a new 21st-century economy based around sustainability and learning.

City Dock 1, in Los Angeles, was built a century ago, when the Panama Canal first opened and the city wanted to take advantage of the new trade route. At the time, the buildings—and the rail lines that came directly to the dock—were state of the art. But because the dock was built on landfill, it wasn’t strong enough to be used after container shipping became common in the 1960s.

Because it can’t be used for shipping, the city decided to turn it into a massive marine research center on prime oceanfront property that scientists and startups otherwise wouldn’t be able to afford.

“We wanted it to be an incredibly sustainable campus,” says Gensler CEO Andy Cohenr. “It’s net positive, meaning that it’s actually giving energy back to the grid.” The campus will run on a combination of solar, wind, and wave power, and will use seawater to help keep the buildings cool.