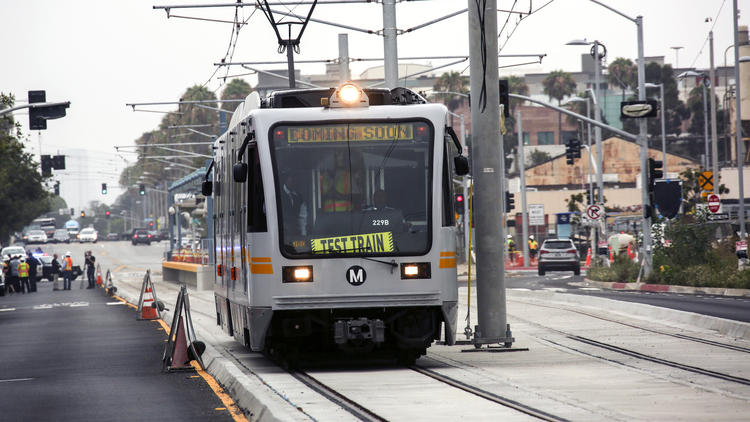 After a six-decade hiatus, passenger rail service will return to the traffic-choked Westside of Los Angeles, California in May of 2016.

The $1.5-billion, 6.6-mile extension of the Expo Line will begin running to Santa Monica on May 20, marking the first time that passenger trains have traveled between downtown Los Angeles and the Pacific Ocean since the demise of Los Angeles County’s extensive streetcar network in the 1950s.

The Metropolitan Transportation Authority sees the Expo Line, which will run through some of the Southland’s most congested areas, as key to its goal to draw Angelenos out of their cars and onto public transportation.

The light-rail line will connect the Pacific Ocean and the employment centers west of the 405 Freeway to L.A.’s steadily expanding mass transit network.

Mike Bonin, a Metro board member and Los Angeles City Councilman who represents the Westside, said he hopes to encourage developers who want to build near Expo Line stations, such as the Expo/Bundy station, which is in his council district, to include parking exclusively for Metro commuters.

UPDATE (September 13, 2016): New metro line is a huge success. The new Expo Line section opened May 20, 2016 bringing a ridership surge of about 20,000 new rides per weekday and double the number of Sunday riders on the entire line.

The line’s ridership, in the new section’s first two months in service, has already hit 70 percent of the rider projection made for 2030.