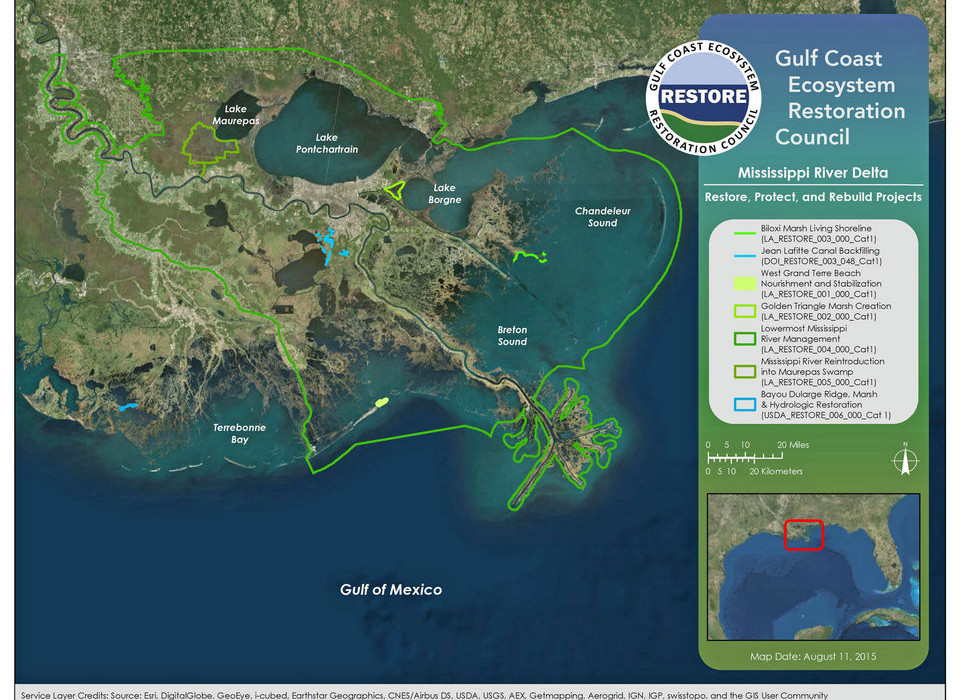 Six coastal and wetland restoration projects and a study of the lower Mississippi River will receive $52 million from Clean Water Act fines paid by Transocean, the owner of the Deepwater Horizon drillship that exploded during the BP oil spill disaster in 2010.

The money is part of a proposal released Thursday by the federal-state panel that oversees the Restore Act Trust Fund.

The money for the projects comes from the Restore Act‘s $800 million share of a $1 billion Clean Water Act fine Transocean agreed to pay in a 2013 settlement of civil and criminal charges stemming from the blowout.

Under the Restore Act, the Gulf Coast Ecosystem Restoration Council, made up of representatives of six federal agencies and Louisiana and the four other Gulf Coast states, determines what projects should be financed with 30 percent of fine money stemming from the BP oil spill.