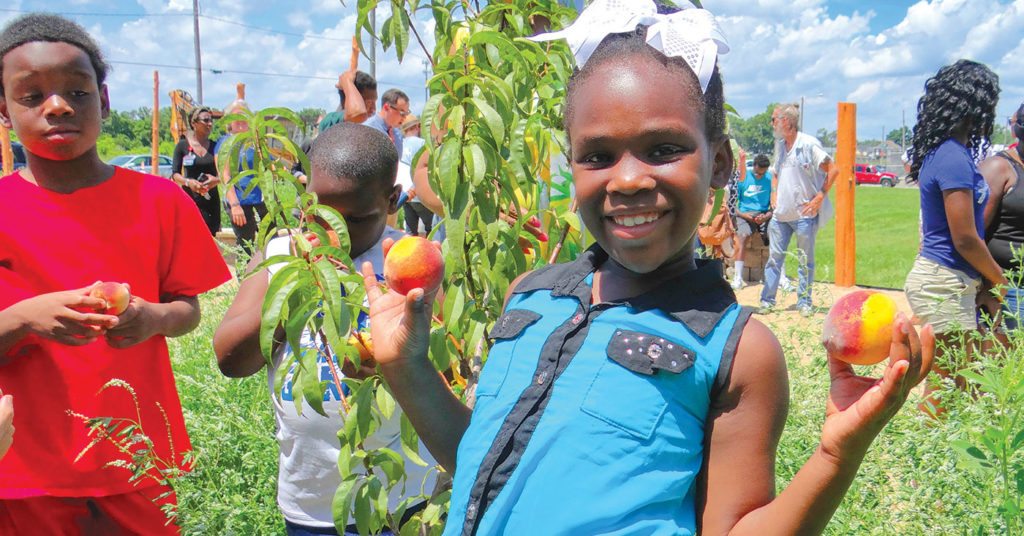 At the official opening of Produce Park, an orchard on South 30th Street in Louisville, Kentucky, local officials hailed a very literal form of neighborhood revitalization: starting with trees and fruit.

Planted on a former vacant lot, the orchard came about through a partnership between the city and nonprofit Louisville Grows. A $30,000 grant from Bloomberg Philanthropy funded it, with the aim of promoting local food and turning vacant lots into assets.

Although the peach, cherry, plum and apple trees in Produce Park, off Muhammad Ali Boulevard at South 30th Street, are just saplings for now, city leaders were confident that even such symbolic — and real — efforts to seed change in the West End will bear fruit.

Putting gardens and orchards into the West End is a way of cultivating hope, and maybe community, too, but it’s clear that even more direct investment needs to be plowed into the neighborhood to create sustainable jobs. 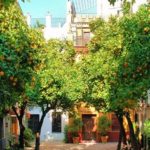 I was originally inspired by the intelligent communities I encountered in Mexico, which literally lined their streets with citrus and other fruit trees. 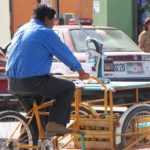 They are freely available for harvesting by local residents, such as children who want a nutritious snack to take to school.

Entrepreneurs are also welcome to harvest them. They then sell freshly-squeezed orange juice on street corner, often using specially-equipped bicycles, such as this one I photographed going by in Oaxaca.