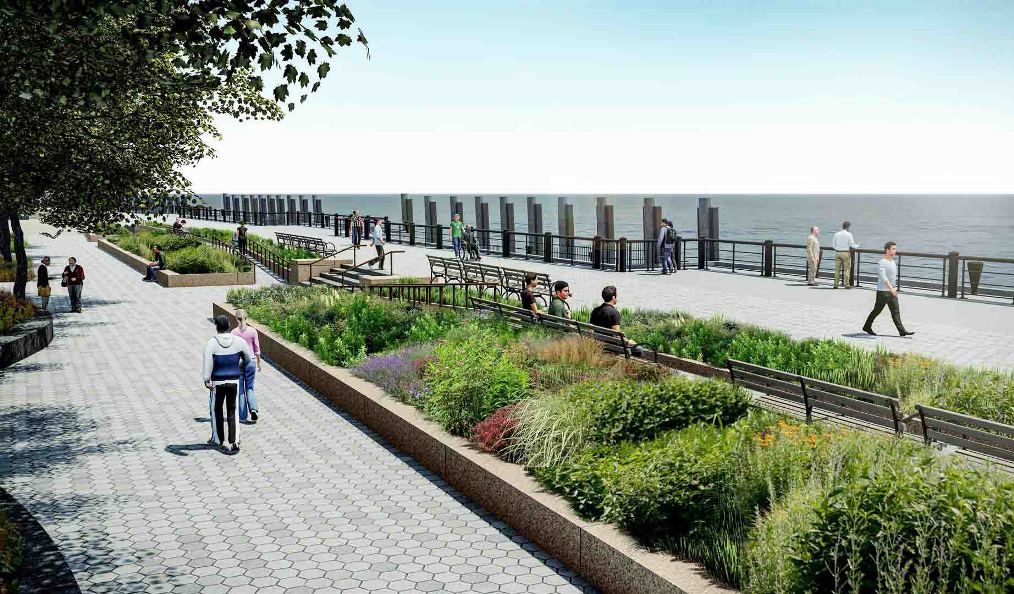 Stantec is serving as lead designer for the New York City Economic Development Corporation (NYCEDC) project, which will ensure usability of this iconic public space for millions of yearly visitors over the next 80 years and play a critical role in Lower Manhattan’s growing network of resilience reinforcements. 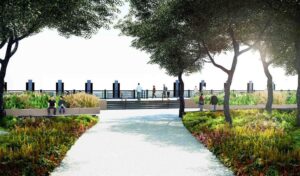 The Battery currently sits at an elevation that will be submerged as sea levels rise. As part of the project, the wharf at the southern tip of Manhattan will be reconstructed, raising the waterfront esplanade approximately 5 feet above its current elevation—11 feet above Mean Sea Level—to protect the park and nearby community.

Several complex issues will be addressed in the design, including in-water construction, interior drainage, and integration of a new wharf elevation with the existing parkland.

“The Battery is one of New York City’s most beloved parks, but it faces significant flooding challenges if the wharf remains at its current elevation. Our goal through this project is to seamlessly integrate critical infrastructure upgrades into the park, without sacrificing its sweeping views of New York Harbor, bountiful plant life, and historic features,” said Amy Seek, Design Director at Stantec.

The project team anticipates using an adaptive design strategy—one that will continue to provide the well-known views of the New York harbor, relief from sea level rise and nuisance flooding, and flexibility for uncertain future conditions. Improving universal design and accessibility at the wharf is also a primary objective of the project; the concept design integrates ramps and pathways into the elevated wharf, while maintaining accessibility to the waterfront.

The concept design renderings were displayed at the project’s first public meeting on March 24. The project will continue in design throughout 2021 and 2022 with various levels of design reviews by approval agencies. Groundbreaking is forecast for late 2022.

The interdisciplinary design is being led out of Stantec’s New York City office, which counts more than 300 professionals, and will include landscape architecture, waterfront engineering, and environmental review, with the support of several specialty contractors.