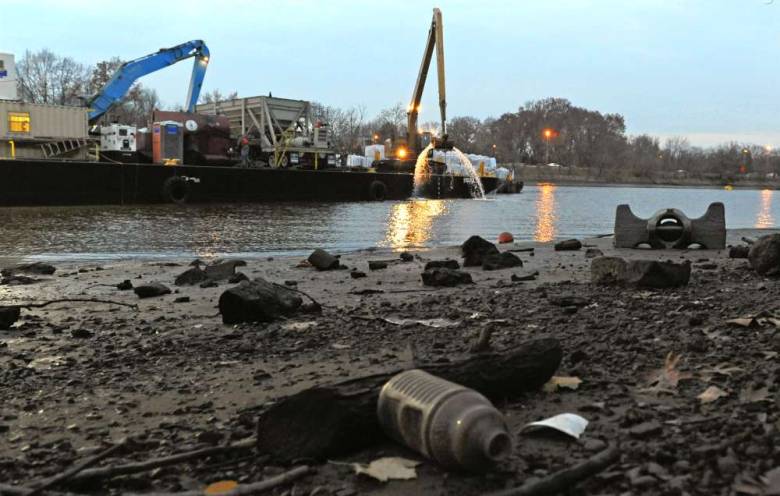 The Lower Passaic River is a 17-mile tidal stretch from Dundee Dam to the river mouth at Newark Bay. The river has a long history of industrialization, which has resulted in degraded water quality, sediment contamination, loss of wetlands and abandoned or underutilized properties along the shore.

The restoration goals of the Lower Passaic River are consistent with the larger goals established for the Hudson-Raritan Estuary and the New York/New Jersey Harbor.

A group of Partner Agencies (U.S. Environmental Protection Agency, U.S. Army Corps of Engineers, New Jersey Department of Environmental Protection, National Oceanic and Atmospheric Administration, U.S. Fish and Wildlife Service, and New Jersey Department of Transportation) is working together to clean up and restore the Lower Passaic River. The agencies are bringing together the authorities of the Superfund Program, the Water Resources Development Act, the Clean Water Act and other laws to improve the health of the river.

In March of 2016, the US EPA finalized its decision on a cleanup plan for the sediments of the lower 8.3 miles of the Lower Passaic River. The cleanup plan, called a Record of Decision, includes dredging approximately 3.5 million cubic yards of contaminated sediment bank to bank from Newark Bay to the Belleville/Newark border.

After dredging, an engineered cap will be placed over the entire lower eight miles of the river. The cap will prevent contamination in the sediment from entering the food chain, thereby decreasing health risks to people who eat fish and crab from the lower Passaic.

The dredging will prevent the cap from exacerbating flooding and will allow for current commercial navigation to continue in the 1.7 miles of the river closest to Newark Bay. Dredged sediment will be dewatered locally and transported off-site for disposal. The estimated cost of the remedy is $1.38 billion.