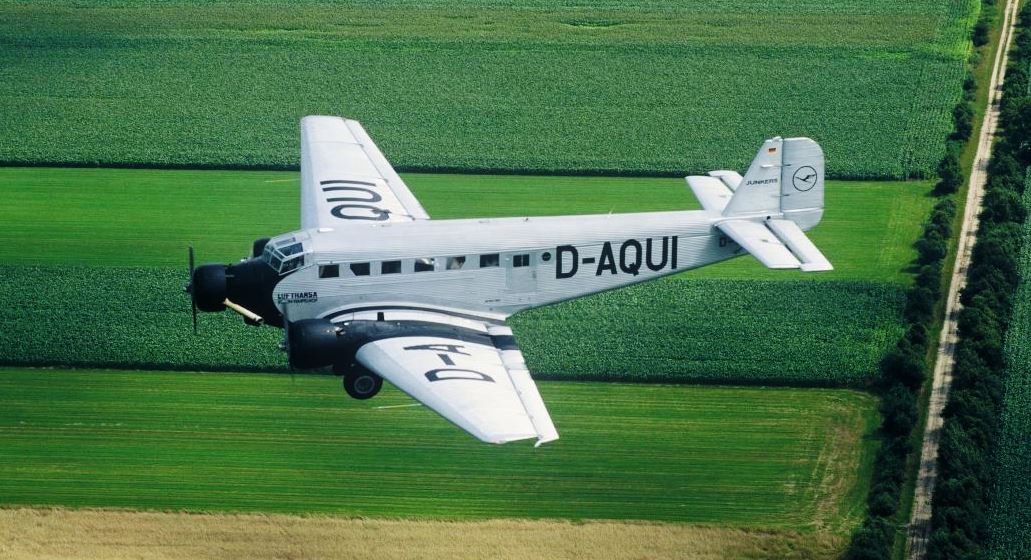 While flying is still considered a quintessentially modern way to travel, many airlines have now clocked up decades of history. And one is taking its heritage very seriously.

German airline Lufthansa has been busy restoring classic examples of its former fleet for displays and experience flights.

It’s just brought back into service the oldest aircraft in its fleet, a Junkers Ju-52, and is set to recommission a Lockheed L-1649A Starliner from 1957.

Lufthansa has also been actively involved in the recovery of a 1970s Boeing 737—known as Landshut–which has an infamous past as the target for a well-known hijacking. 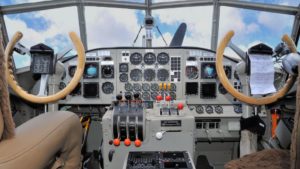 But the heart of the historic fleet of the Deutsche Lufthansa Berlin Foundation is that restored Ju 52. Already in 1915, Hugo Junkers tested the Junkers J 1, the world’s first all-metal airplane.

In 1919, the first aircraft in this new design was ready to go with the Junkers F13. With the Ju 52, Junkers rose for years to become the oldest commercial aircraft manufacturer in the world. Since 1932, the Junkers factories and various licensees have been building nearly 5,000 aircraft that have been used by 30 airlines in 25 countries worldwide.

This Ju 52 experienced hers maiden flight in 1936 after its production in the Junkers works in Dessau. Initially employed by Lufthansa, she then spent almost 20 years alternately in Germany and Norway. In 1955 she was to be decommissioned in Norway. Too big for a museum in Oslo, she was sold to South America and flew from 1957 to 1963 in Ecuador. 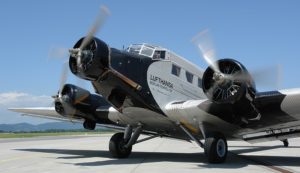 On the outskirts of the Quito airport she was forgotten—exposed to wind and weather—until an American aviation enthusiast found and released her in 1969.

Later, the “Auntie Ju” (and the “Iron Annie”) traveled to air shows across the US to great admiration. Then, Lufthansa acquired them in 1984, and restored at great expense.

Since 1986, just in time for her 50th birthday, she is back in her element and inspires about 10,000 passengers every year.