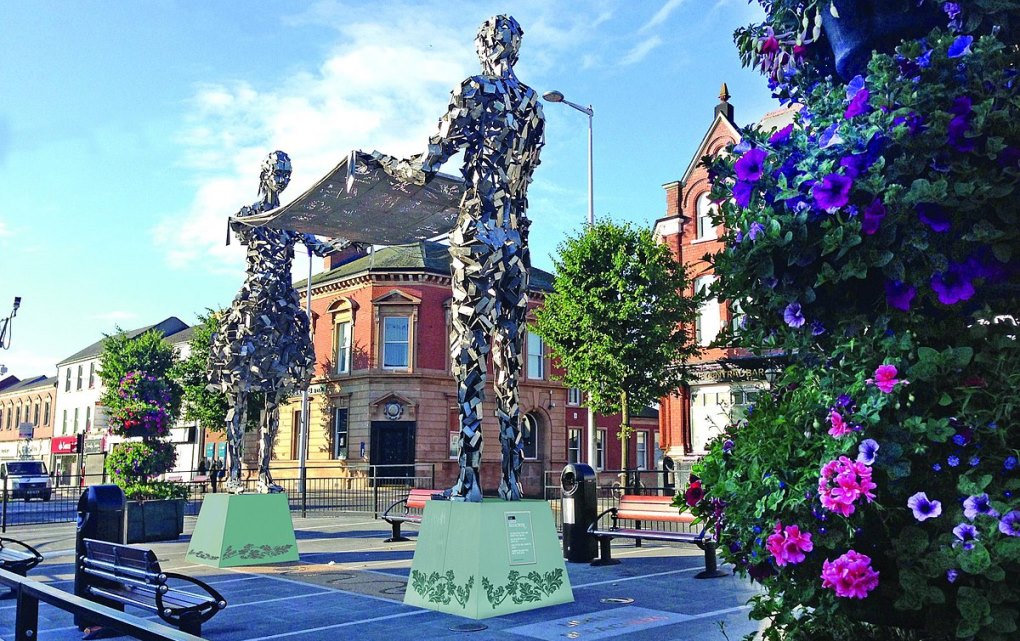 Lurgan, in County Armagh, Northern Ireland was once a thriving market town, with an architectural heritage dating back to the 17th century. But today, many of the historic buildings which give the town centre its unique character have fallen into disrepair and are underused or vacant.

Historically the town was known as a major centre for the production of textiles (mainly linen) after the industrial revolution and it continued to be a major producer of textiles until that industry steadily declined in the 1990s and 2000s. The badly-planned sprawl of “new city” of Craigavon helped further devitalize Lurgan in the 1960s, as did the Craigavon’s Rushmere Retail Park sprawl in the 2000s.

Now, a new regeneration program will support the repair and conservation of 25 historic properties within the town’s Conservation Area, bringing back into sustainable use much-needed, valuable commercial floor space and providing new residential accommodation opportunities. 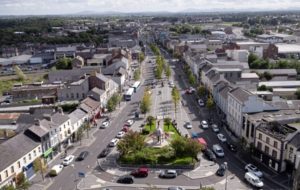 The funding supports a five-year Townscape Heritage project to breathe new life into the commercial heart of Lurgan, renovating and celebrating its rich built and cultural heritage.

Announcing the award, Head of HLF for Northern Ireland, Paul Mullan, said: “Thanks to National Lottery players, this heritage-led regeneration will transform Lurgan’s historic streetscape, helping to attract new residents and businesses to the town centre and boost the local economy.”

“The Armagh City, Banbridge and Craigavon Borough Council area was chosen as an investment priority for HLF in 2013. Since then we’ve worked with local groups and organisations to develop heritage projects that matter to them and bring real benefits to local people. And I am delighted to report that as we come to the end of our current Strategic Plan, HLF has supported 34 different projects and invested more than £6m into the local area,” he added.

A program of 50 events and activities will help attract new visitors to the town centre to celebrate its unique heritage, revitalizing the area and repositioning Lurgan as a vibrant place to live, work and visit.

Welcoming the award, Councillor Julie Flaherty, Lord Mayor of Armagh City, Banbridge and Craigavon, said: “I am thrilled that the Lurgan Townscape Heritage scheme has secured almost £2m from the HLF, and I am delighted to announce that ABC Council is adding over £2m in additional funds to support the scheme. Heritage-led regeneration is a great way to promote civic pride and access to local places, and I welcome this scheme, along with a number of complimentary heritage activities.”

HLF’s Strategic Plan 2013-2018 included support to develop good projects in areas that were previously under-represented. An investment target for the ABC Council area was set at £3m and later increased to £4m. Thanks to National Lottery players the £6m investment has supported 34 projects, including work to conserve and share traditional blacksmithing skills at Moneypenny’s Forge; trace the musical heritage of members of Armagh Pipers Club; examine the impact and legacy of the First World War; and support the Robinson Library.

Councillor Joe Nelson, Chair of Lurgan Townscape Heritage Partnership added: “Our council has committed to developing and enhancing this borough in a sustainable way, increasing community understanding and enjoyment of the natural and built environment. Restoring and revitalising buildings within conservation areas is a key part of protecting our rich and varied built heritage for current and future generations to enjoy.”

As part of the proposed heritage-focused activities detailed in the scheme, more than 10,000 people – including 115 volunteers – will be engaged with over 50 heritage events, and heritage skills training will be rolled out to 280 people.