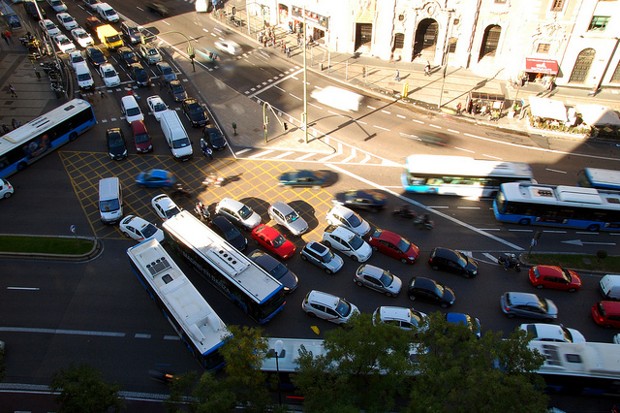 The city of Madrid, Spain is poised to enact some of the toughest anti-pollution laws in the world.

When air quality drops beneath a new threshold, Spain’s capital will banish half the city’s cars from inner Madrid and introduce strict speed limits on the beltway.

In an unusual spirit of municipal largesse, it will also make public transit entirely free to use for the day.

Laboring under a reputation as one of Europe’s most congested, polluted capitals, Madrid could finally be about to clean up its act.

The rules may sound strong, but so is the problem. Madrid air is frequently filthy, while the city’s response to pollution has been so poor that it got an F grade in this year’s Soot Free Cities rankings.

In winter the city’s high plateau is capped by a dingy dome of dirty air so familiar it has its own nickname—locals call “the beret” (“La Boina” in Spanish).

If nitrous oxide levels reach above 400 micrograms per cubic meter (a level that Madrid has as yet never reached), then restrictions would be extended all the way to the outer beltway, effectively covering the entire city.