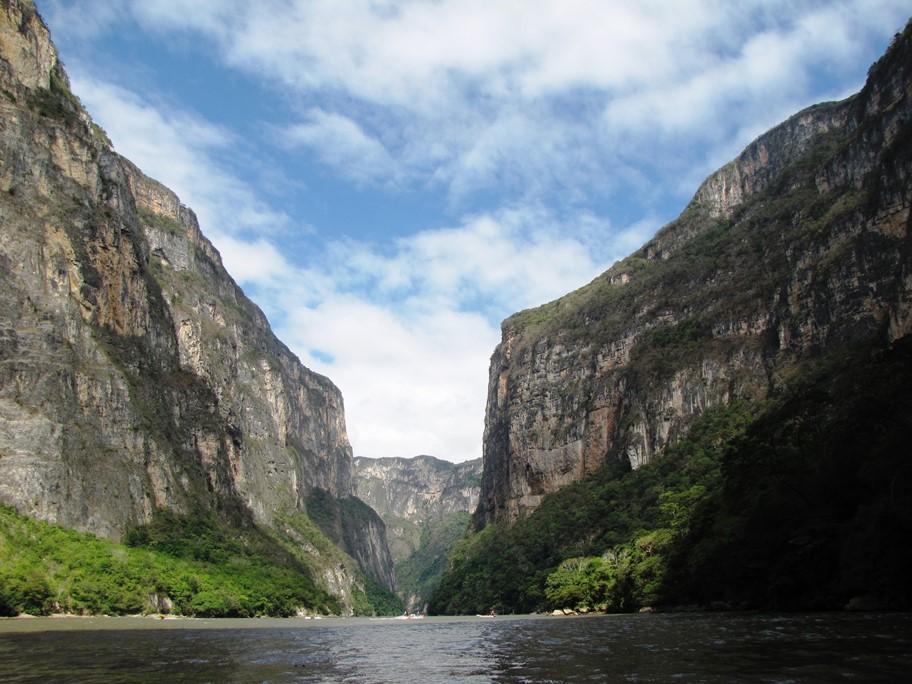 The most logical path to avoid the approaching climate, ecological, and related economic crises is maintaining and restoring at least 50% of the Earth’s land area as intact natural ecosystems, in combination with energy transition measures. Those energy measures by themselves will likely be insufficient and must be augmented by restoration to create negative emissions to offset the likely clearing and release of greenhouse gases that will occur until a 2035 moratorium can be reached.

Nature conservation efforts, like climate change policies, are being reassessed in the midst of a planetary emergency. Climate concerns rightly prompted the 2015 Paris Agreement, which has facilitated coordinated global action not only among governments but also among companies, cities, and citizens.

Research since then suggests that efforts to stabilize the climate and avoid the undesirable outcomes of >1.5°C warming will require a rapid reduction in land conversion and a moratorium by about 2035.

Natural ecosystems are key to maintaining human prosperity in a warming world, and 65% of Paris Agreement signatories have committed to restoring or conserving ecosystems. Intact forests, and especially tropical forests, sequester twice as much carbon as planted monocultures. These findings make forest conservation a critical approach to combat global warming. Because about two-thirds of all species on Earth are found in natural forests, maintaining intact forest is vital to prevent mass extinction.

However, carbon sequestration and storage extends far beyond rainforests: Peatlands, tundra, mangroves, and ancient grasslands are also important carbon storehouses and conserve distinct assemblages of plants and animals. Further, the importance of intact habitats extends to the freshwater and marine realms, with studies pointing to least disturbed wetlands and coastal habitats being superior in their ability to store carbon when compared with more disturbed sites.

Opportunities to address both climate change and the extinction crisis are time bound. Climate models show that we are approaching a tipping point: If current trends in habitat conversion and emissions do not peak by 2030, then it will become impossible to remain below 1.5°C.

Similarly, if current land conversion rates, poaching of large animals, and other threats are not markedly slowed or halted in the next 10 years, “points of no return” will be reached for multiple ecosystems and species. It has become clear that beyond 1.5°C, the biology of the planet becomes gravely threatened because ecosystems literally begin to unravel.

Degradation of the natural environment also diminishes quality of life, threatens public health, and triggers human displacement because of lost access to clean drinking water, reduced irrigation of important subsistence crops, and exacerbation of climate-related storm and drought events. These occurrences will become increasingly worse without substantial action over the next few years. Additionally, human migrations, triggered by climate change–induced droughts and sea-level rise in combination with extreme weather events, could displace more than 100 million people by 2050, mostly in the southern hemisphere.

A companion pact to the Paris Agreement—a Global Deal for Nature (GDN)—could help ensure that climate targets are met while preventing species extinctions and the rapid erosion of biodiversity and ecosystem services in the terrestrial, freshwater, and marine realms. The concept of a GDN as a policy mechanism emerged from an earlier study restricted to protecting biodiversity in the terrestrial realm.

A new paper—A Global Deal For Nature: Guiding principles, milestones, and targets—expands that perspective to the freshwater and marine realms while simultaneously lending support to an alternative pathway to remaining below 1.5°C that relies heavily on aggressive conservation of remaining habitats.

This approach not only safeguards biodiversity but also is the cheapest and fastest alternative for addressing climate change and is not beholden to developing carbon removal technologies unlikely to be effective or to scale in the time-bound nature of the current twin crises.

The paper offers a policy framework based on scientific guidelines that could pair nature and climate deals, be mutually reinforcing, and recommend time-bound milestones and targets. We identify specific threats and drivers of biodiversity loss, and discuss costs of implementation of a GDN. Finally, it introduces breakthrough technologies for monitoring progress.

Photo of Sumidero Canyon in Chiapas, Mexico by Storm Cunningham.