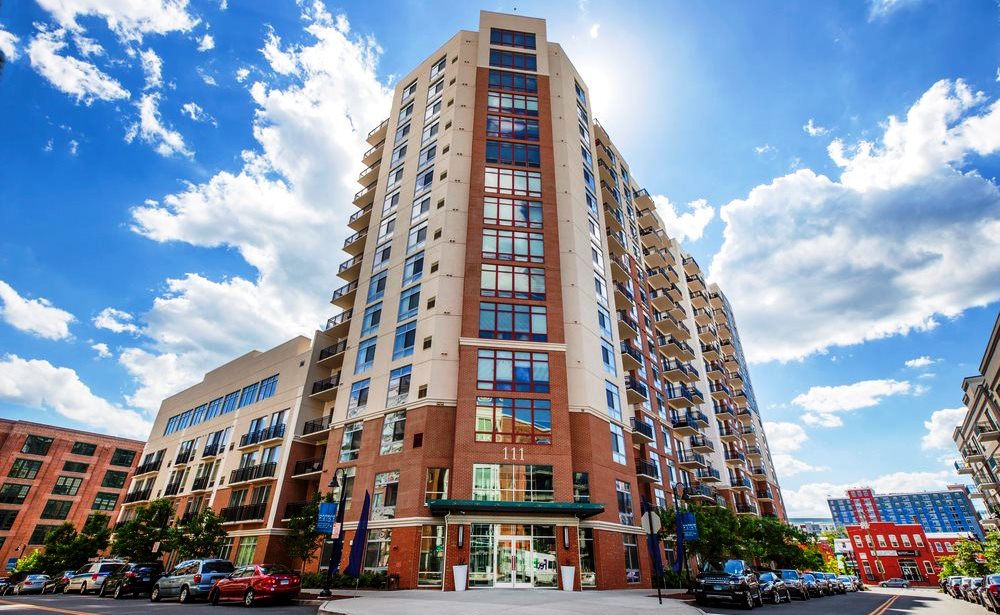 One of the largest brownfield cleanup projects in the Northeast U.S. has reached a major milestone, and has won a national award. Building and Land Technology (BLT), the redeveloper doing the Harbor Point project, has now finished the active remediation of approximately 90 acres of contaminated land in the South End and Waterside neighborhoods of Stamford, Connecticut.

“Revitalization of such a large area into a thriving mixed-use urban and transit-oriented district is a daunting task. It is particularly challenging when it must start with the remediation of contaminated properties. BLT has been an able partner in furthering the goal of the Connecticut Department of Economic and Community Development (DECD) to bring these formerly industrial properties back to modern, productive use,” said David Kooris, Deputy Commissioner at DECD. “This project is a shining example of how to accomplish the state’s complementary goals of property remediation and redevelopment in our urban centers.”

As a consequence of this work, BLT’s remediation efforts at Harbor Point have been recognized by the Brownfield Coalition of the Northeast (BCONE), with the project recently winning BCONE’s prestigious Sustainable Communities Brownfield Redevelopment Award.

“In cooperation with DEEP and with the support of the City of Stamford, we’ve undertaken a redevelopment of Stamford’s waterfront that has included the implementation of a massive environmental remedial action plan to transform former brownfields into a vibrant mixed-use waterfront community,” said Carl R. Kuehner, III, Chairman of BLT.

“These properties now host nearly 3,000 new market rate and affordable apartments, four Class A office buildings, more than 150,000 square feet of retail space with dozens of new tenants, the Waterside School, over a dozen acres of new public parks, and vibrant public waterfront. We’re proud of this tremendous accomplishment for the City of Stamford, and so pleased that our efforts are worthy of the BCONE Sustainable Communities Brownfield Redevelopment Award as well,” he continued.

BCONE (Brownfield Coalition of the Northeast) presented this award to the brownfield development project which, from an overall perspective, has provided the greatest benefit to the municipality and its citizens. The Harbor Point project was chosen as the winner of a very competitive field. Harbor Point is a LEED-ND gold-certified, mixed-use, transit-oriented development.

“The Department of Energy and Environmental Protection congratulates Building and Land Technology on being selected as winner of BCONE’s Sustainable Communities Brownfield Redevelopment Award. BLT has redeveloped over twenty Brownfield properties comprising nearly 90 acres of land that formerly posed a risk to public health and our environment, and created a mixed-use development adjacent to one of the busiest commuter rail stations in Connecticut, while opening up a waterfront to public and water-dependent uses,” said DEEP Commissioner Rob Klee. “DEEP stands ready to partner with municipal and private entities on similar projects, large or small, that reduce risks and help create a more sustainable and vibrant State.” 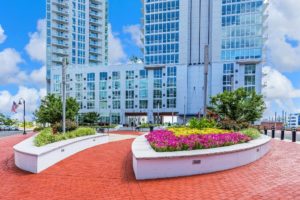 “Every site in Harbor Point was previously an industrial property,” added John Freeman, Harbor Point’s General Counsel. “Connecticut and the City of Stamford are on the forefront of a national movement to revitalize urban areas. The initiative—to turn brownfields into productive assets—starts with Governor Malloy and is implemented by a highly qualified and dedicated team at DEEP and DECD. This partnership has led to the success we’re seeing today in Stamford.”

In addition to cleaning up polluted sites, BLT has helped dramatically improve water quality in Stamford Harbor by installing new storm water systems to treat runoff, repairing old and damaged bulkheads, and dredging contaminated materials. BLT has worked closely with the city and state regulatory agencies overseeing environmental matters throughout its cleanup and improvements efforts, cooperating with the relevant government groups and working under their advice and supervision.

Additionally, BLT has completed the active remediation of the former Petro fuel site in Waterside, and the former Manger Electric site in the South End of Stamford. All of these sites have been transformed from empty brownfields into productive, modern, tax-generating uses.

All images courtesy of BLT.