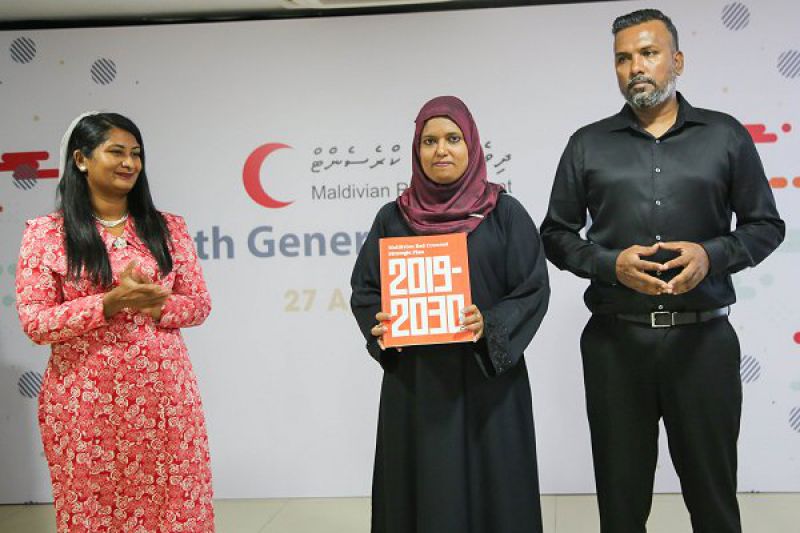 In the island nation of the Maldives, the recently launched Maldivian Red Crescent (MRC) Strategic Plan 2019–2030 calls for the inclusion of “integrated risk assessments into island, city and national development planning.”

At a launch event in late April of 2019, MRC Secretary General Aishath Noora Mohamed explained, “We are focusing on climate resilience together with our more traditional work around health and care that helps build socially resilient communities. It’s a more cohesive way of thinking, taking into consideration the new challenges we are facing in our humanitarian work.”

The National Society’s new plan was formally presented by Shidhaatha Shareef, Minister of Gender, Family and Social Services, who said “We need to tell people about climate change and how they can deal with it.”

“Earlier it seemed as if the weather was bad sometimes. But now harsh weather is becoming longer and longer. There is water scarcity. Yet awareness among people is very, very low right now. We need to tell our people about climate change and how they can deal with it,” he continued.

The MRC website proclaims, “Climate change poses the greatest long-term threat to the nation and its water security.”

The Strategic Plan 2019–2030 aims to build resilience at all levels by aligning with major global development frameworks over the next decade.

“We have clear goals for 2030,” said Ms Mohamed. “Yet the plan is flexible, with four-year results areas that can be revised in response to changing times.”