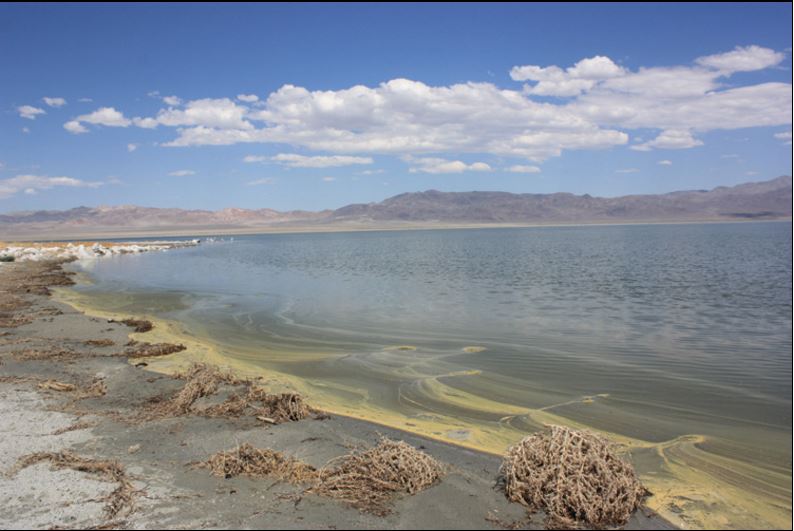 As a boy, Glenn Bunch, who grew up in Hawthorne, Nevada spent as much time as he could at Walker Lake — the only body of water around. Later on, he took his three kids there to camp, fish and water-ski.

But over his 64 years, Bunch has watched Walker Lake become increasingly sick. Today, the lake is on the verge of ecological collapse.

More than a century of upriver irrigation has reduced it to just 20 percent of its original volume. The fish, including the threatened Lahontan cutthroat trout, are essentially gone. The shoreline has receded far beyond most of the boat ramps.

Once about 27 miles long, the lake now stretches less than 15 miles, and is surrounded by thousands of acres of barren wasteland where the shoreline has retreated.

“When the wind blows, the dust gets so bad in the community … you can’t hardly breathe,” says Bunch. “It’s a wall of tan coming toward the town as high as you can see, coming from the lake. We didn’t used to have that.”

Bunch has spent most of his adult life trying to restore the lake. Past efforts have failed, but today, he is hopeful, buoyed by the success of recent attempts to buy water rights and land from upstream irrigators.

The $22 million in federal funds expended so far is part of more than $200 million Congress allocated to restore the lake and the river basin that sustains it.