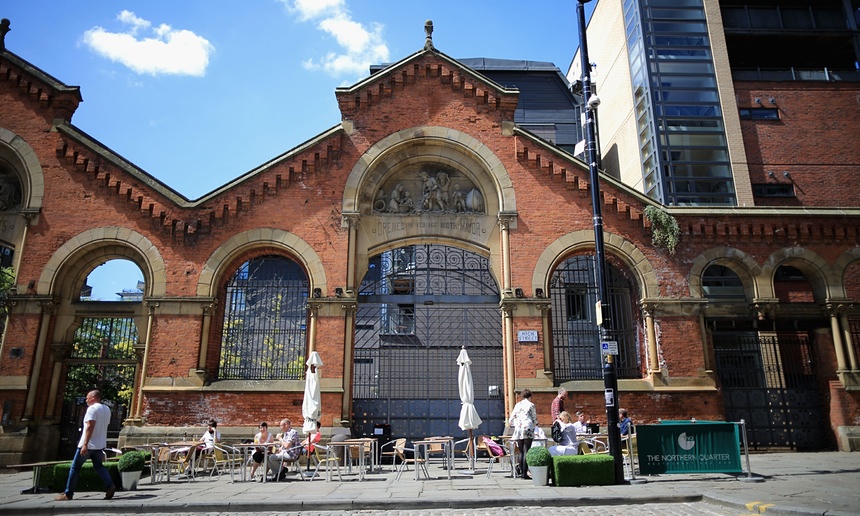 Sir Richard Leese, the leader of Manchester (England) City Council recalls that, when he moved their in 1979, downtown Manchester “…went to sleep at 5 o’clock most days: outside those hours, it was dead. And it was in the same state of decline you saw in a lot of city centres at that time. It was a pretty dreary place.”

It was also about to be hit by the austerity and recession of the early 1980s, manifested in the Moss Side riots of 1981.

23-year-old Jake Stainton is a business student at Manchester Metropolitan University, with a part-time job at Shoot Business, a video company that operates from a centre for aspiring entrepreneurs called Innospace, full of hot-desking facilities and compact offices, and a palpable sense of go-getting optimism.

As evidenced by his breathless enthusiasm for the city in which he now lives, he is also a Manchester evangelist. “I won’t be leaving after my degree,” he tells me. “The opportunities here are fantastic. They say it’s the second business hub outside London. I like the culture up here, and the people. I love the nightlife. It’s just a great city. I can’t see myself going back.”

Over the three days I spend in Manchester, I hear a lot of stuff like this: tributes to the city so frothingly enthusiastic they rather suggest the script for a promotional video. On one level, this isn’t surprising: I come to Manchester a lot, and inside an hour of arriving, the city centre’s sense of possibility always starts to feel infectious.

Taking the long view, though, meeting people who talk about a thriving economy and supposedly boundless opportunities, still seems a little strange. To someone who grew up not far from the city and is now on the wrong side of 40, Manchester’s reinvention can still feel like something that happened only recently, against huge odds.