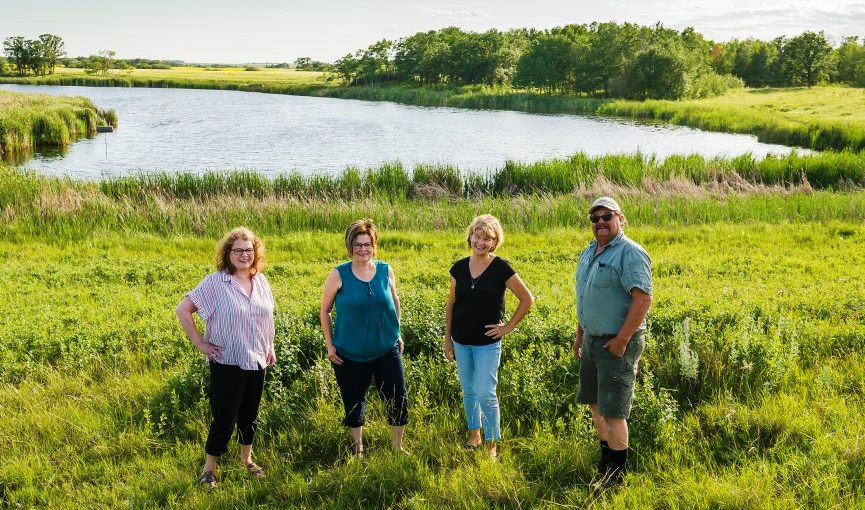 On June 10, 2020, the Canadian province of Manitoba made a number of revitalizing investments —totally nearly $600 million (CDN)—that will renovate provincial infrastructure and improve public safety.

“As Manitoba is now in a position to slowly and carefully restart our economy as we move forward through the COVID-19 pandemic, these investments will help ramp up the construction industry and create opportunities to bring more Manitobans back to work,” said Premier Brian Pallister.

“These shovel-worthy infrastructure investments reflect municipal priorities, and will improve the safety and well-being of our communities today and well into the future,” he added.

Pallister also announced that the province is providing up to $2.5 million in funding for Trans-Canada Shelterbelt Renewal Project through the Growing Outcomes in Watersheds (GROW) Trust program. The province is working with the Manitoba Habitat Heritage Corporation (MHHC) to restore and add to 16 km of shelterbelts on the north side of the Trans-Canada Highway from St. François Xavier to Elie, and west of the PTH 430 intersection.

“It is exciting to take on a project that uses trees to directly protect the well-being of Manitobans,” said Tim Sopuck, chief executive officer of MHHC. “These shelterbelts will also sequester carbon and help to slow spring run-off.”

The project will plant approximately 20,000 new trees and shrubs, sourced from Manitoba nurseries, and employ a Manitoba tree-planting company. The project, expected to be complete in 2022, will be one of Canada’s largest road-related shelterbelt planting initiatives.

Pallister revealed which infrastructure projects will be funded through the $500-million Manitoba Restart Program, which was announced May 7, 2020 to help boost the provincial economy amid the COVID-19 pandemic. The economic stimulus package adds an additional $500 million above the $3-billion infrastructure investment in Budget 2020.

Projects selected include pre-existing provincial and municipal priorities, and waste and water projects.

The $500 million will be allocated over two years as follows:

Pallister noted project goals include increasing clean drinking water, reducing boil water advisories and advancing clean sewer projects. The province will reveal further details of its prioritized ICIP project applications in the weeks and months ahead as it works with other levels of government and Indigenous partners, and it will use the $230 million set aside for ICIP to leverage additional dollars through federal and municipal government sharing.

Once Ottawa approves final ICIP projects, the premier noted the province is prepared to immediately advance funds to municipal partners to allow planning and construction to commence without delay. Other construction projects announced today, such as highways and Water Services Board projects, will be put out to tender in the coming weeks.

“Our number one priority is to ensure the health and well-being of all Manitobans, and we are working to make the Trans-Canada Highway safer from border to border,” explained Pallister.

“Investments in Highway 1 help ensure the safe and continued movement of people and economic goods across the province. We are also rejuvenating and planting additional shelterbelts to help improve safety and reduce road closures between Portage la Prairie and Winnipeg,” he concluded.

The premier also announced, as part of the initial $3 billion worth of infrastructure investments in Budget 2020, the province has allocated $91 million in total capital investment on construction improvements to the Trans-Canada Highway (PTH 1) across Manitoba.