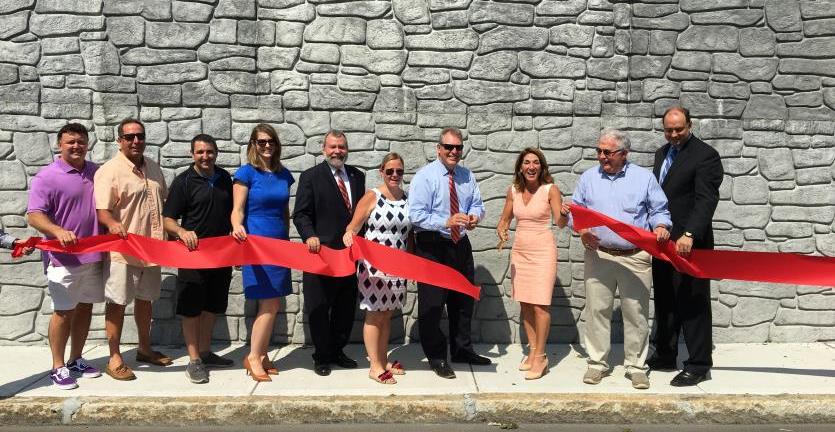 On August 28, 2018, the Baker-Polito Administration of Massachusetts celebrated the completion of the City of Marlborough’s $2.7 million MassWorks project to revitalize East Main Street in the city’s downtown.

“Through the MassWorks program, communities are able to unlock future progress and business development in way that is tailored to their needs,” said Governor Charlie Baker. “This project saw significant local support, from planning to rezoning, and will provide a boost for local residents and businesses in downtown Marlborough.”

“Downtowns are the foundations of Massachusetts communities, supporting small businesses and providing spaces for community building,” added Lt. Governor Karyn Polito. “This MassWorks award provided Marlborough with the resources it needed to revitalize East Main Street, helping to build a foundation for future prosperity and I was pleased to celebrate its success.”

The project complements the continued efforts undertaken by Marlborough to revitalize the downtown and encourage private investment, including the rezoning of the downtown to create the mixed-use Marlborough Village District.

The infrastructure improvements supported by the MassWorks award included the replacement of the roadway and sidewalks, the introduction of bike lanes, drainage improvements, the relocation of utility poles, and the repair of a crumbling retaining wall. Additionally, the award supported lighting and streetscape improvements.

“MassWorks funding is an essential part of our economic development strategy,” said Housing and Economic Development Secretary Jay Ash. “This investment in Marlborough has prepared its downtown to succeed, and has provided the community with assets that will draw jobs and growth into the downtown.”

These improvements will support future economic revitalization in the downtown district, including three mixed-use projects, by unlocking up to 900,000 square feet of new development.

“I’m grateful to the Baker-Polito administration for supporting the revitalization of East Main Street in downtown Marlborough,” said Senator Jamie Eldridge. “This investment will help small business development in our communities, and I’m pleased to have advocated for this MassWorks grant with State Representatives Danielle Gregoire and Carmine Gentile, and Mayor Arthur Vigeant and the Marlborough City Council.”

“This project has been the result of a lot of hard work and collaboration between the City and State,” said Representative Danielle W. Gregoire. “Since the City approved the Marlborough Village zoning district in late 2014, the state has chosen to invest time and time again in this project. The downtown area has become incredibly popular with residents and visitors alike, and the use of state funding to improve branding, roadway and sidewalks, new light posts and general beautification will be sure to continue the popularity of our downtown.”

Since 2015, the Baker-Polito Administration has awarded over $274 million to 134 projects in 106 communities throughout the Commonwealth, spurring the development of over 2 million square feet of commercial and retail space, over 7,000 immediate housing units, at least 7,000 square feet of new public space, 1,200 new hotel rooms, and commercial/retail space.