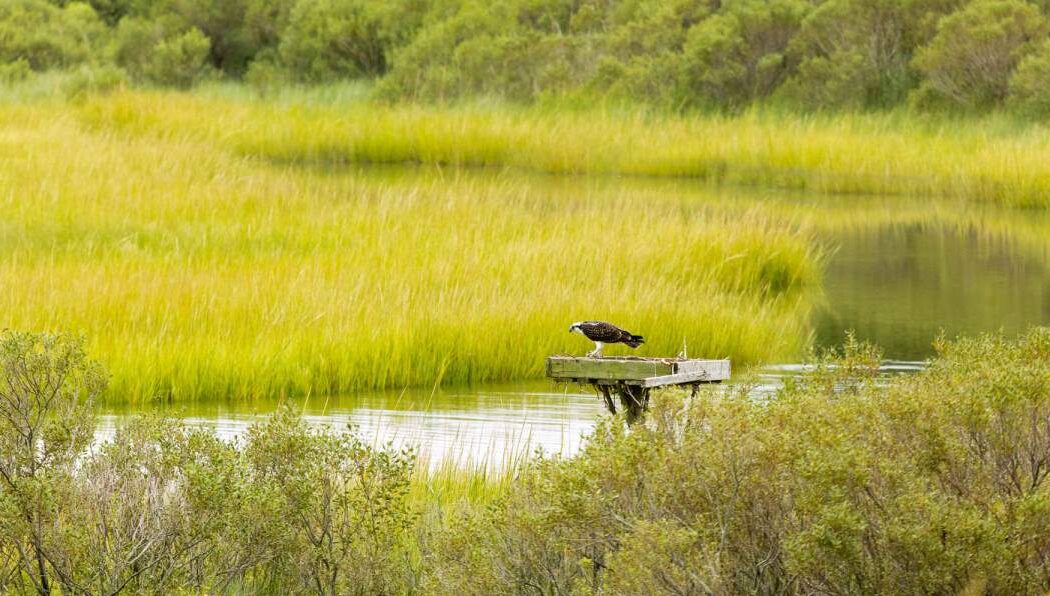 In the northern stretch of Chesapeake Bay in Maryland back in 1847, Poplar Island boasted more than 1,100 acres. During the early 1900s, the island supported a thriving community of about 100 residents, several farms, a school, a church, a post office, and a sawmill. By the 1920s, residents began leaving the island as more and more of its landmass fell victim to erosion.

The island’s remains were still used as a retreat in the 1930s and 1940s, and Presidents Franklin D. Roosevelt and Harry S. Truman were among its visitors. By the early 1990s, all that remained of the original island were several small clusters of islets rising just above the surface of the water. 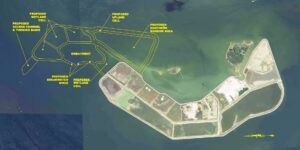 “Completing the Poplar Island project is a huge win for Baltimore’s economy, our local businesses, and our environment,” said Senator Van Hollen.

“Together with Senator Cardin, I’ve fought for this critical investment, and its completion will help ensure the Port of Baltimore can thrive and bring new jobs to the region. In addition to this construction project, the Army Corps’ 2021 Work Plan charts a path forward on a number of other related Maryland priorities, including the Mid-Chesapeake Bay Island Ecosystem Restoration Project, to rebuild the James and Barren Islands. I will continue to work on the Appropriations Committee and with Team Maryland to fund our Army Corps’ needs for the good of our state and our coastal communities,” he added. 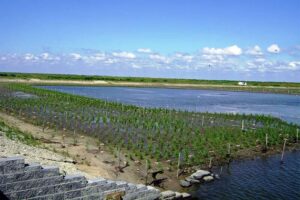 The senators also applauded the completion of the Paul S. Sarbanes Ecosystem Restoration Project at Poplar Island, which received more than $487 million in federal funding. The senators consistently worked to ensure these federal funds were dedicated to the project and saw it through to its completion. Poplar Island has dramatically increased storage capacity for dredged materials from the Port of Baltimore and its channels, while benefiting the surrounding ecosystem.

The two senators advocated for several funding priorities contained within the newly released Work Plan, including: $47.885 million for dredging of the Baltimore harbor and navigation channels; more than $11 million for Ocean City beach re-nourishment; $5 million for Chesapeake Bay oyster restoration; and $3.2 million for remediation efforts at Curtis Bay.

The senators also noted important investments in Smith Island, where $4.45 million is directed to repair the south jetty that protects the entrance to the Big Thorofare federal channel, and the dredging of Calvert County’s Fishing Creek, where the federal channel provides a vital point of access for the U.S. Navy. 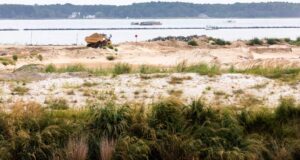 Photo of Poplar Island in 2019 courtesy of the Chesapeake Bay Program.

“The Poplar Island restoration project has been nothing short of transformational, both for the Chesapeake Bay and the ecosystems that it supports. While the newly created bird, fish and reptile habitat are impressive, the sheer scale of the project is likely most inspiring. The partners working on Poplar Island’s restoration have demonstrated, beyond any shadow of doubt, that ecosystem-scale restoration projects are indeed possible in the Chesapeake Bay and that dredged material can serve as an environmentally beneficial resource and not only a byproduct for disposal,” said Senator Cardin.

“Based on this success, I look forward to continuing to work to enable future solid investments in ecosystem-level transformation efforts. Team Maryland’s next major push will center on the fast-disappearing James and Barren Islands, which will be the focal points of the equally ambitious Mid-Chesapeake Bay Island Ecosystem Restoration Project. We will advocate strongly for federal funding for the construction of this important project,” he concluded.

Additionally, the senators highlighted the direction of more than $350,000 to complete the engineering and design work for the Mid-Chesapeake Bay Island Ecosystem Restoration Project, which will rebuild the fast-disappearing James and Barren islands.

Featured photo of Poplar Island in 2019 courtesy of Will Parson/Chesapeake Bay Program.