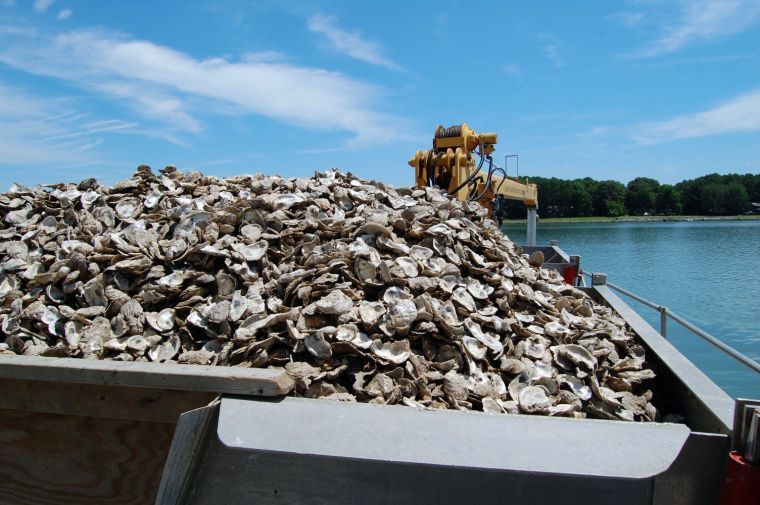 People interested in the oyster restoration work in the Choptank River complex can check out a report released this month by the Maryland Oyster Restoration Interagency Workgroup that details the effort’s progress.

In Harris Creek, which was the center of a controversy over the effectiveness of oyster sanctuaries, the report indicates oysters are meeting target numbers for success.

Since work started to build oyster sanctuaries in the Choptank River complex in 2011, nearly 400 acres of oyster restoration has been completed, with about 118 acres that await seeding or are partly seeded, according to the report.

A total of 2.3 billion oysters, the vast majority of which were grown by the University of Maryland Center for Environmental Sciences Horn Point Laboratory in Cambridge, have been planted.

Harris Creek is where restoration work began in 2011. Preliminary analysis of Harris Creek shows that all of the reefs seeded in 2012 currently meet an established threshold for success.

“We are really pleased with what we’re seeing as of this first three-year check in for those first 100 acres,” said Stephanie Westby, an oyster coordinator and environmental engineer with the National Oceanic and Atmospheric Administration.

Preliminary data also shows there are three times more oysters on stone substrate reef planted in 2013 than on any reef site monitored in Harris Creek.