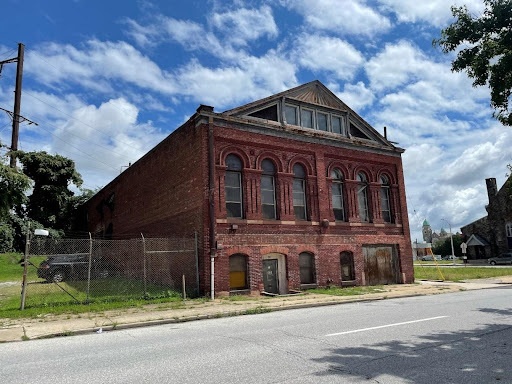 “The tax credits will help revitalize communities, strengthen Maryland’s economy, and bring new housing, commercial, and arts opportunities throughout our state,“ said Governor Larry Hogan. “Our administration is proud to provide this funding, which will preserve Maryland’s historic buildings for future generations to come.” 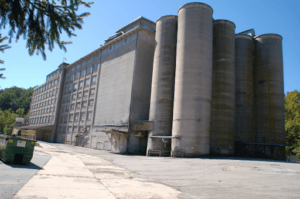 Wilkins Rogers Mill. Photo courtesy of the Office of the Maryland Governor.

The Historic Revitalization Tax Credit, administered by MHT, has invested more than $425 million in Maryland rehabilitation projects since it began in 1996.

The investments have helped make improvements to 5,194 homeowner and 796 commercial historic structures, preserving buildings that contribute to the distinct character of Maryland’s towns, cities, and rural areas.

According to a study by the Abell Foundation, the program has helped to create an estimated 30,000 jobs through construction and new or expanded occupation of these significant historic resources.

The six projects selected for the tax credits were based on an established set of criteria, including those outlined by the U.S. Secretary of the Interior for historic building rehabilitations.

The six award winners are:

Located on the site of the historic Ellicott Brothers’ Grist Mill, the Wilkins Rogers Mill sits on the banks of the Patapsco River, across from the historic core of Ellicott City. The current mill complex dates from 1916-1917, with additions made in 1918, and 1941, and features large silos both on the exterior and interior.

It remained in operation until 2020, and was the last active flour mill in the state. Historically an industrial complex, it will be rehabilitated into a mixed-use property with residential apartments and amenities, retail spaces, a restaurant, and a small museum highlighting the history of the site and the importance of flour production in the surrounding region.

Constructed in 1875 by the Becker Bros. of Baltimore, this three-story Classical Revival warehouse with cast-iron and brick ornamentation has been in light industrial use since its construction, specifically for the tobacco industry.

Its location next to the railway line and three blocks from Gay Street, East Baltimore’s main commercial and industrial corridor, made it convenient for importing and exporting raw and finished materials. The project will rehabilitate the existing building into updated commercial space, accommodating new commercial and retail programming.

The building, named after former Baltimore City Health Department Director Huntington Williams, is an excellent example of the International style with clean modernist lines, a low horizontal massing, ribbon windows, and high-quality materials, including limestone and black serpentine. The modernist design reflects the spirit of progress, optimism, and technology of the mid-20th century. This project will convert the vacant office building into laboratory and office spaces.

Located in the Colonial Annapolis Historic District, and facing the Maryland State House, 86 State Circle is a significant example of Queen Anne/Eastlake- style architecture. The building (a duplex) is one of the first of several large residences situated to face the circle and North Street.

It survives as a significant example of the influence British architecture had in the late-19th century, and a well-designed addition on the North Street side dates to the mid-20th century. The project will convert one side of the duplex into a boutique hotel by removing non-historic interior partitions and adding new partitions to create nine guest suites. The windows and exterior features will be cleaned and repaired as necessary.

Located in the Hagerstown Commercial Core Historic District and built in 1882, this commercial building once housed a department store, and the upper floors may have housed a glove production operation. Its front façade is remarkably intact with Eastlake design elements, an original metal cornice at the top, and decorative brickwork. The building will be converted into apartments with a restaurant and brewery on the ground floor.

This Tudor Revival commercial building, constructed in 1926, features cast stone decorative elements at the top of the Washington Street façade and a crenelated parapet that was added in the 1930s. Owners have modified parts of the building – most notably its storefront – over time, but the historic steel windows remain intact throughout the building.

The building housed several department stores and discount retail chains on the ground floor with rental office spaces available on the upper floors. It will be rehabilitated into apartments with a commercial space on the ground floor.