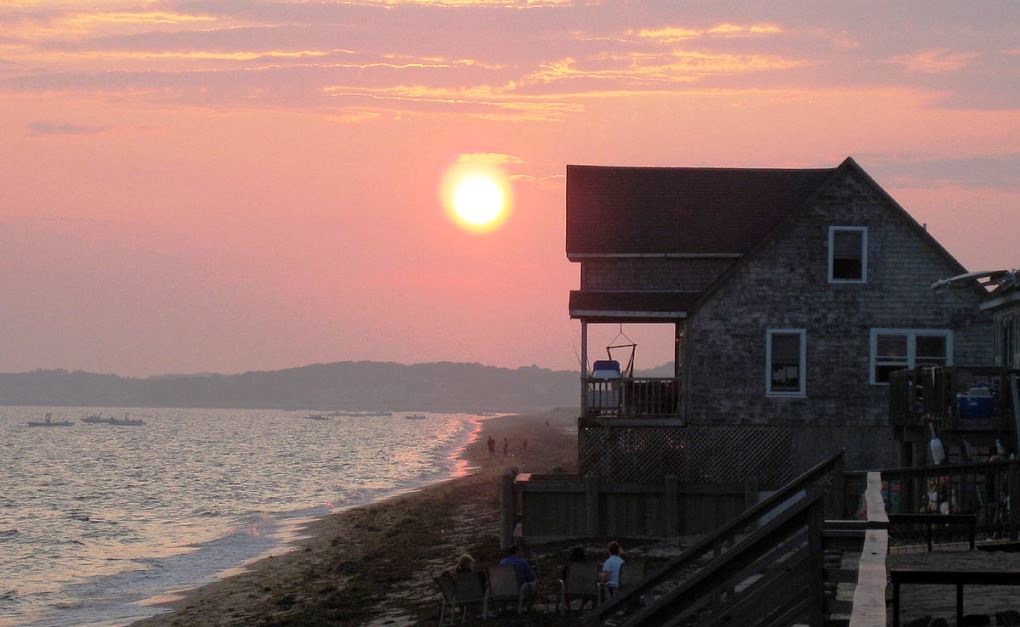 In my two decades of working on revitalization and redevelopment in communities around the world, I (Storm) have found two kinds of organizations to be especially intransigent when it comes to giving up, selling, or repurposing property for the benefit of the local community: state departments of transportation, and railroad companies.

It doesn’t matter how unused, fallow, derelict, or contaminated the property might be: the land is theirs and they won’t let go of it. Sometimes, it just takes good leadership in the governor’s office to fix the problem.

I’m happy to report that the Massachusetts Department of Transportation seems to be cut from a different pattern. It helps, of course, that they were supported in this by a leading-edge program launched by the Massachusetts governor. The initiative identifies fallow, publicly-owned land that could be repurposed to help solve the state’s affordable housing crisis, and other community revitalization challenges.

Truro is a town in Barnstable County, Massachusetts. Located two hours outside Boston, it’s a summer vacation community just shy of the tip of Cape Cod. It was named after Truro in County Cornwall, England.

Two years ago, affordable-housing advocates in North Truro told their visiting Lt. Governor, Karyn Polito, that they could make use for land intended for a state highway project.

Now, on October 19, 2017, 3.9 acres of that parcel—which had been reserved for a never-built Route 6 ramp at Highland Road—was transferred to North Truro.

It cost the town $16,000 for state engineers to split apart the 7½-acre lot, but the land is expected to produce mixed-income housing for anywhere from a dozen to 16 families. 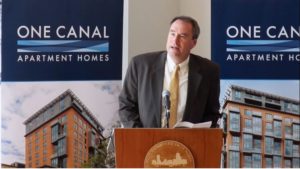 Gov. Baker promoting “Open for Business” at opening of One Canal Street housing 7/14/ 2016

Better yet, which is just one example of the “Open for Business” initiative introduced two years ago by Polito and Gov. Charlie Baker. The program has sold or leased 32 vacant or underused state parcels to Massachusetts communities or private developers for housing.

Once those parcels are fully developed, the public benefits will include 1) additional state revenue, 2) job creation, 3) new property tax revenues for municipalities, and 4) 2258 new housing units.

But the Open For Business initiative isn’t just for affordable housing. Launched on October 19, 2015, the Governor issued the challenge to state agencies across government to protect and restore natural resources, create economic opportunity, build housing, manage these lands with professionalism and creativity, and to generate appropriate revenue from leases and other partnerships.

Photo of Beach Point in North Truro by Seduisant via Wikipedia.