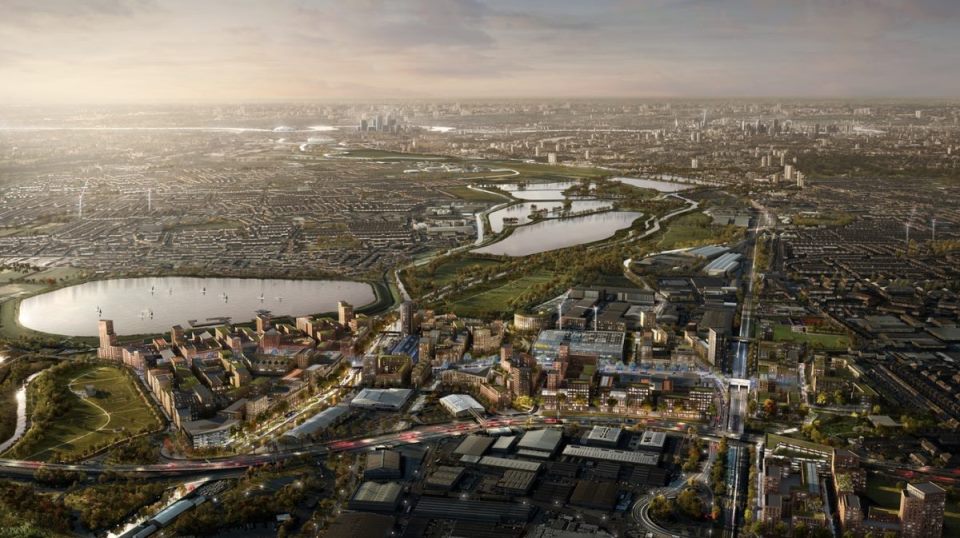 Meridian Water is an 82-hectare (210 acre), £6 billion regeneration project that will create a new neighborhood in Edmonton, in the south-east of the Borough of Enfield in North London, England. 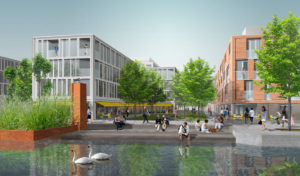 The site is near the beautiful parklands and sports facilities of the Lee Valley Regional Park. Residents will enjoy the River Lea and the adjacent Pymmes Brook both of which pass right through the site, providing the opportunity for waterside living and working and a canal-side environment. 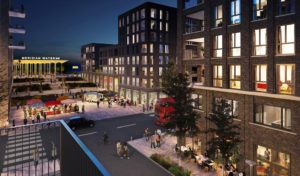 This former industrial area will be transformed into some 10,000 new homes and 6,700 new jobs. An additional 10,000 construction jobs are projected to be created during the 20-year regeneration period.

The new neighborhood will be served by direct trains to the Liverpool Street Station. The development is London’s largest current revitalization effort.

On January 26, 2017, London Mayor Sadiq Khan watched work begin on the first phase of the Meridian Water project, which will deliver the initial 725 new homes around the new railway station (which will open in 2019). 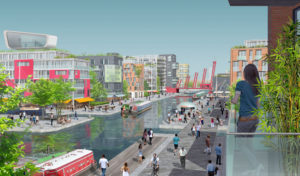 The project is unusual, because it’s completely led and controlled by the Enfield Council. “It is a pioneering approach for the public sector and unlike that for any other London regeneration site, with Enfield Council buying land, preparing designs, delivering Meridian Works, overseeing infrastructure investment, delivering low carbon heating and hot water and directing the retail strategy,” said Enfield Council leader Doug Taylor. 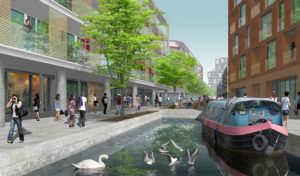 The aspiration of Enfield Council and developers Barratt London (Britain’s largest residential builder) is to create a truly special new part of the capital – a place with character and edge, where beautiful homes and world class public spaces are enlivened by a rich mix of creative industries in an environment which welcomes the surrounding communities.

The homes will be a mix of tenures, size and style, with a high percentage of affordable housing, and will complement the surrounding context of the wider Lea Valley and be the Gateway between central London and Enfield.