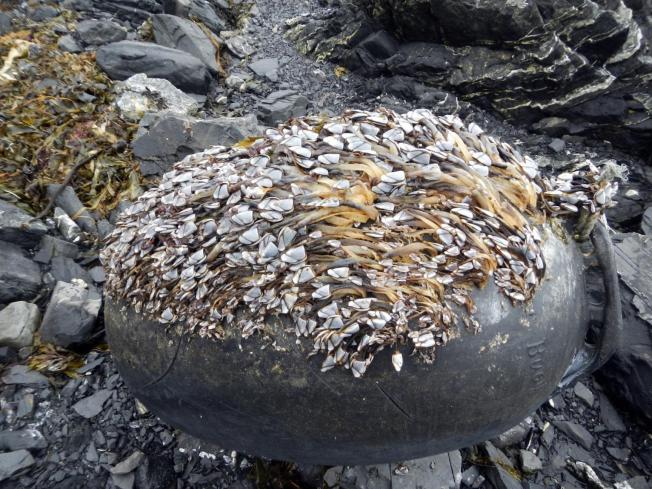 A massive cleanup effort is getting underway in Alaska, with tons of marine debris — some likely sent to sea by the 2011 tsunami in Japan — set to be airlifted from rocky beaches and taken by barge for recycling and disposal in the Pacific Northwest.

Hundreds of heavy-duty bags of debris, collected in 2013 and 2014 and stockpiled at a storage site in Kodiak, also will be shipped out. The barge is scheduled to arrive in Kodiak by Thursday, before setting off on a roughly one-month venture.

The scope of the project, a year in the making, is virtually unheard of in Alaska. It was spurred, in part, by the mass of material that’s washed ashore — things like buoys, fishing lines, plastics and fuel drums — and the high cost of shuttling small boatloads of debris from remote sites to port, said Chris Pallister, president of the cleanup organization Gulf of Alaska Keeper, which is coordinating the effort.

Pallister estimates the cost of the barge project at up to $1.3 million , with the state contributing $900,000 from its share of the $5 million that Japan provided for parts of the U.S. affected by tsunami debris.

Crews in British Columbia will be able to add debris to the barge as it passes through, chipping in if they do. Pallister’s group has committed $100,000.