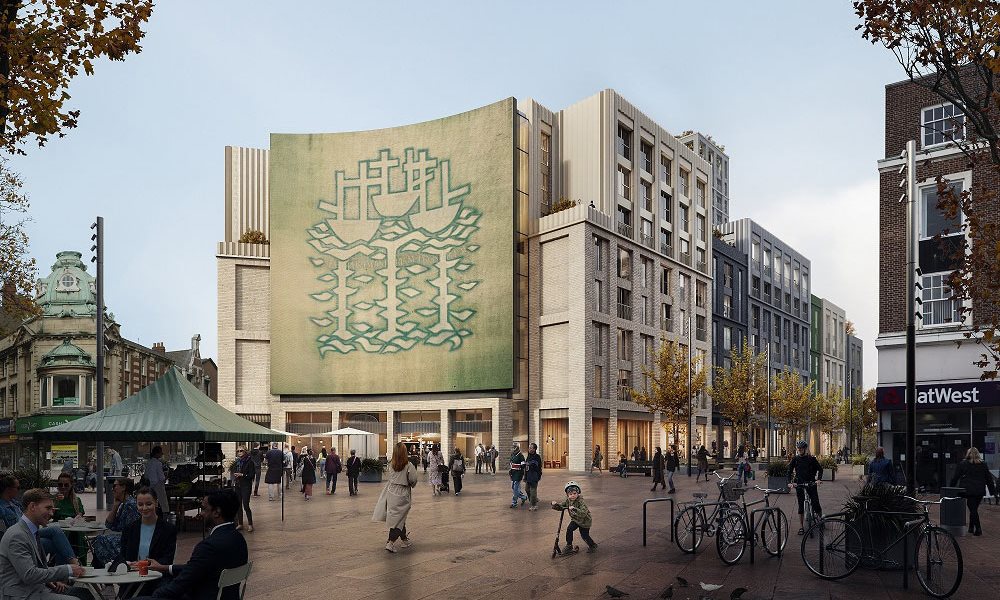 In March of 2022, demolition will begin to to pave way for transformative regeneration project in heart of Hull, England.

The revitalizing, multi-million pound Albion Square redevelopment will begin to take shape next month with the start of the demolition of the former BHS and Co-Op buildings on the derelict city centre site.

VINCI Building will begin demolishing and clearing the site, ahead of a huge regeneration project that will include the creation of modern homes, retail and leisure units, office space and a stunning new urban park.

The demolition will take 80 weeks to complete. The careful and complex process includes the removal of remaining asbestos that is present in the fabric of the buildings, as well as the safeguarding of three existing murals, which includes the historic Three Ships Mural, that are being retained as part of the development.

The demolition alone—which includes asbestos removal and works to retain the murals—will cost £7.6 million ($10.5 million USD) before redevelopment even begins.

Councillor Daren Hale, leader of Hull City Council, said “The Albion Square development is a key priority for our city. It is a vitally important site, in the heart of our city centre, but it is in desperate need of regeneration. I think with any project of this scale, it is when work begins on site, and we start to see the transformation taking place that the ambition becomes a reality – so I can’t wait to see work begin next month.”

“Albion Square will play an important role in the ongoing regeneration of our city centre, complimenting the millions of pounds of projects and investment we’ve already seen, whilst also encouraging and supporting new businesses and investment. This is one of the largest regeneration projects in the North, and reflects the confidence in the city shown by investors such as Reckitt and Siemens,” he added.

The Albion Square redevelopment is being supported by the UK government’s Levelling Up Fund.

This project has also been supported with £2.5m from the government’s Local Growth Fund, which was secured by the Hull and East Yorkshire LEP as part of the Government’s commitment to the Northern Powerhouse.

Chris Winspear, VINCI Building’s Regional Director, said “This important development will transform the city centre. Working in partnership with Hull City Council, we are delighted to commence this complex demolition contract as a significant first step towards realising this ambitious project.”

The Albion Square development in Hull city centre will feature a mixture of residential, office and retail space, as well as a large urban park.

The eco-friendly and environmentally responsible project will include solar panels, EV charging points and a bike hub where cyclists will be able to store bikes.

At the centre of the site, a new urban woodland will reconnect communities with city centre green space, allowing nature back into our urban areas through rewilding.

Hull’s iconic Three Ships Mural will remain and be incorporated into the new development, alongside two other murals, the Fish Mural and Sponge Mural, currently located on the upper floors of the former BHS Building.