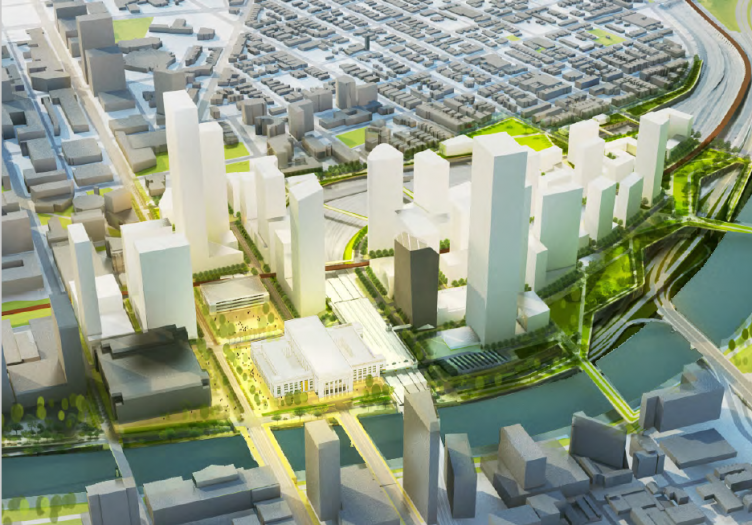 The 30th Street Station District (Philadelphia, Pennsylvania) team released a draft plan for overhauling the station and the surrounding area.

Most ambitiously, the draft plan calls for covering the rail yards and Northeast Corridor lines next to 30th Street Station with a partial cap, allowing for the development of an expensive new neighborhood above. 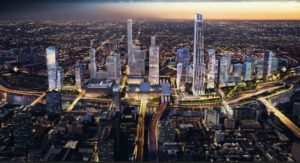 But the draft plan for 30th Street Station would cover somewhere between 50 and 70 of the 88 acres of rail infrastructure north of the station. 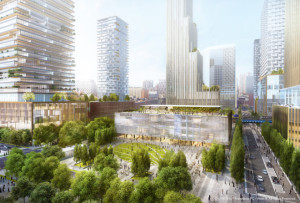 The master plan includes eight new towers rising on the site. Existing buildings will be renovated and repurposed, like the Bulletin Building that will see the addition of view ports on its east façade, a new front screen, and the creation of an elliptical lawn.

A network of public green space will weave the landscaping plan together with Drexel Square, a 1.3 acre park built on the parking lot of One Drexel Plaza at 30th and Market Street, the transformation of John F. Kennedy Boulevard into a pedestrian-minded greenway (dubbed the JFK Esplanade), and lining Market Street with three rows of trees and multiple designated bike lanes.