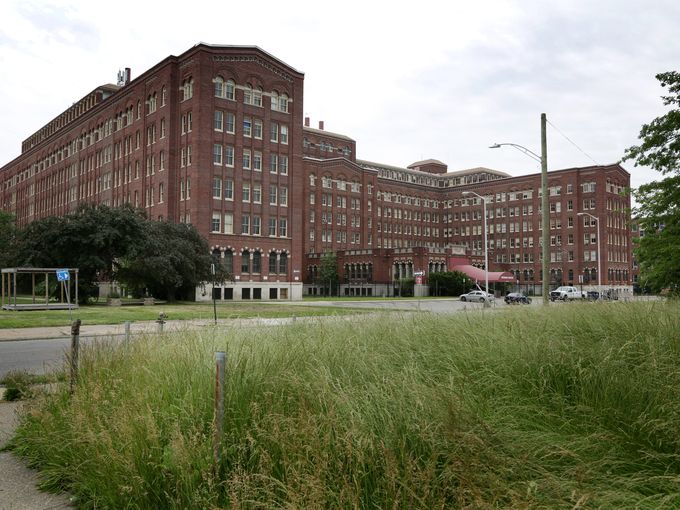 One of the big complaints about Detroit‘s latest renaissance is that Midtown and downtown get all the action, while its neighborhoods are often left out.

That could be about to change — and with it, possibly the way that the city thinks about neighborhood revitalization.

New York developer and architect Ron Castellano plans to spend at least $75 million — and possibly twice that — to breathe new life into the sprawling Herman Kiefer health complex, which shut for good in 2013.

It’s nearly 800,000 square feet in total — in a neighborhood that, until now, has been left out of the four-star restaurants and swank apartment makeovers.

It’s a deal with little risk but huge rewards if it succeeds. It could revitalize a down-on-its-luck part of town, breathing new life, money and residents into an area pockmarked by vacant lots and abandoned houses. If it fails, the city still saves millions on demolishing the historic buildings, not to mention avoiding further damage to the integrity and fabric of the neighborhood if the complex were left to the scrappers.

One sound bite that Castellano mentions several times is that he’s “not trying to create an island of development. … We want the work at Herman Kiefer to radiate outward,” he said. To that end, Castellano has promised to board up vacant houses around the complex, as well as the ransacked schools that are part of the deal.