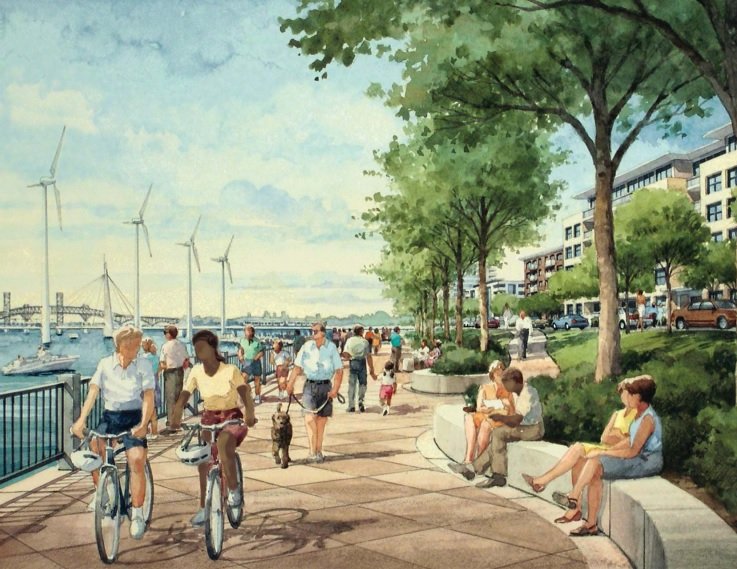 A Honeywell project to build 14 acres of parks in the planned Bayfront community on the west side of Jersey City will receive $2 million in state tax breaks.

The state Economic Development Authority approved the deal yesterday. The $29 million Honeywell project will result in three parks — dubbed Central Park, the Promenade and the Green — at Bayfront, the massive residential community planned for the western waterfront.

When completed, Bayfront could consist of up to 8,100 residential units, up to 600,000 square feet of retail space and up to 1 million square feet of office space.

Construction is expected to begin after Honeywell finishes ridding the 100-acre site of chromium. The clean-up is scheduled to be completed this year.

Chromium contamination at the site has its roots in the late 19th Century, when Mutual Chemical Co., a Honeywell predecessor, started piping chromium processing residue from its plant into the Hackensack River.

Bayfront will be a transit village along Route 440 in Jersey City. City officials hope their success in developing Jersey City’s eastern waterfront can be replicated on its West Side.

Captain Bill Sheehan, of Hackensack Riverkeeper, an environmental organization, said Bayfront will give the city “a real shot in the arm.”