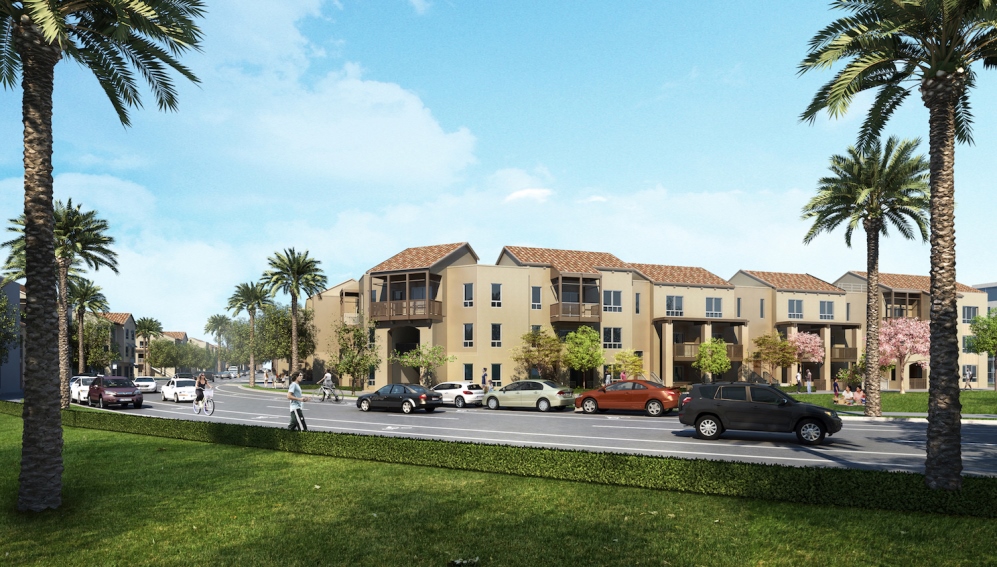 Jordan Downs is a rundown public housing community in the Watts neighborhood South Los Angeles. It was built in the 1940s, and is now in the midst of a comprehensive revitalization led by the Housing Authority of the City of Los Angeles (HACLA) and its private sector partners, such as Riverside Capital, Bridge Housing and The Michaels Organization.

On July 24, 2018, it was announced that Riverside Capital had provided $25.4 million to move forward with Jordan Downs 1B, the second phase of the comprehensive revitalization of Jordan Downs. The property will be developed and managed by The Michaels Organization in partnership with the Housing Authority of the City of Los Angeles (HACLA).

Jordan Downs 1B is part of a larger master plan initiated by the housing authority that will create a revitalized mixed-income and mixed-use neighborhood on the 49-acre site where Jordan Downs is currently located in combination with an adjacent 21-acre parcel.

At buildout, the 700 WWII-era units at Jordan Downs will be replaced by approximately 1,400 new homes for existing residents and new neighbors as well as new retail spaces, a new community center, and over 9 acres of open space. The redevelopment is designed to receive LEED green building certification.

All units will be affordable to families at or below 60% of Area Median Income and 100% of the units will be supported by either Rental Assistance Demonstration program or Section 8 project-based subsidies administered by the housing authority. Residents will have access to a wide variety of services focused on educational success, economic stability, health and wellness, and community empowerment.

“Riverside is proud to have been able to work on the complex financing of this important project,” noted Sebastian Corradino, president of Riverside. “We look forward to our continued partnership with Michaels and the Housing Authority as they join with the residents of the Jordan Downs community in transforming their vision into reality.”

Of the 133 new apartment homes in Phase 1B, 85 are designated as replacement units for families who currently live in the Jordan Downs community. All apartment homes in this phase will serve residents earning up to 50 percent of the area’s median income. Each apartment will offer central air, blinds, carpeting, abundant closet space, energy-efficient appliances, including washers and dryers, and either a patio or balcony. Site amenities will include landscaped outdoor gathering spaces, surface parking courts, security cameras and an on-site management office.

There will also be a new neighborhood retail center anchored by a grocery store, nine acres of public open space and a 50,000-square-foot community center. Residents will also have access to a wide variety of services focused on educational success, economic stability, health and wellness and community empowerment.

In addition, the street network is being reconfigured for better connections to the surrounding community, including an extension through the site of Century Boulevard, which currently terminates at the western edge of Jordan Downs.

The demolition and rebuilding of Jordan Downs is being accomplished in phases to eliminate the need for off-site relocation and to minimize inconvenience to existing residents. Phase 1A, developed by Bridge Housing, broke ground in June of 2017, and features 115 apartment homes. Construction is now set to start on Phase 1B, which is an infill project built on vacant land on East Century Boulevard.

Financing for the $73 million Phase 1B development includes more than $25 million in private equity raised through the sale of federal low-income housing tax credits and $32 million in construction financing provided through the sale of tax-exempt bonds. The tax credits were syndicated by Riverside Capital. Bank of America purchased the tax credits and provided additional construction financing. Berkadia is providing a permanent mortgage through the Fannie Mae M.TEB program. The State of California provided $9.9 million in permanent funds through its Affordable Housing & Sustainable Communities program. The Housing Authority of the City of Los Angeles provided both a long-term ground lease and permanent debt financing, and the U.S. Department of Housing and Urban Development provided the project-based housing vouchers.