On January 24, 2017, it became clear that green infrastructure will play a key role in the new plans to improve air quality in and around London, England‘s primary schools.

A day after issuing the first “very high” air pollution alerts of his mayoralty, some of London’s most polluted schools are set to get a major boost from the Mayor of London. As part of the most bold and ambitious plans to tackle air quality of any major city in the world, Sadiq Khan announced funding for 50 ‘air quality’ audits that will identify new hard-hitting measures to protect pupils locally from toxic air. 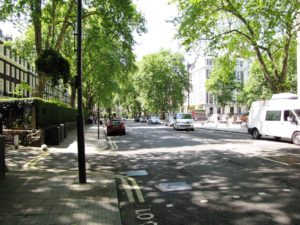 The 50 primary schools are located in areas exceeding legal limits of nitrogen dioxide (NO2) in a number of London boroughs, a fact described as ‘shameful’ by the Mayor today.

Under the new scheme, each school will receive a detailed audit, carried out by an experienced transport and environment consultancy, which will review ways to dramatically lower emissions and exposure to pollution in and around the school.

The audits will highlight key interventions to reduce exposure and will run alongside a pollution awareness-raising education program at each school.

Audit recommendations could include:

Children are particularly vulnerable to the effects of poor air quality, with latest City Hall data revealing that 360 primary schools are currently located in areas exceeding legal limits. The Mayor has allocated £250,000 to fund the new audits, which are the latest in a series of strong actions he is taking to tackle air pollution. Boroughs will then be able to work with schools to implement changes, using part of the record £1billion funding the Mayor has provided to boroughs to support local improvements to the transport network and tackle pollution in line with the Mayor’s Healthy Streets Vision over the next five years.

Sadiq Khan said: “Every child deserves the right to breathe clean air in London and it is a shameful fact that more than 360 of our primary schools are in areas breaching legal pollution limits. Yesterday I was forced to issue the first ‘very high’ air pollution alert under my new comprehensive system, London’s filthy air is a health crisis and our children are particularly vulnerable to the toxic effects of air pollution. This is why I’m doing everything in my power to safeguard Londoners’ health and my new air quality audits are a strong step towards helping some of the most polluted schools in London identify effective solutions to protect pupils from toxic fumes.”

He continued, “Alongside my plans to bring forward the Ultra-Low Emission Zone, and extend it along some of our busiest roads, plus new charges for the dirtiest vehicles and greener bus fleets – these measures will start to deliver real change in the long term. Now it is time for government to get a grip on air quality and match my ambition.”

Areeba Hamid, clean air campaigner, Greenpeace said: “Air pollution is a blight on London, so it is hugely encouraging to see the Mayor prioritising this issue. Along with these measures, the Ultra-Low Emission Zone will help to clean up the city’s air by phasing out the most polluting vehicles, letting our children breathe easy. But we also need to see action nationally to tackle the impact of diesel fumes on public health. We are hoping that the Mayor will continue raising these issues with government, where, sadly, we are mainly seeing inaction.”

The Mayor is currently reviewing the findings of his second major public consultation that focused on extending the Ultra-Low Emission Zone (ULEZ) to the North Circular Road and the South Circular Road and proposals for an emission surcharge to the Congestion Charging Zone, which has been dubbed the “toxic” charge, that could be brought into action later this year. 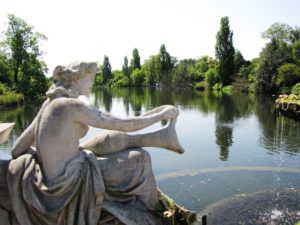 Just four days earlier, on January 20, 2017, Sadiq Khan kick-started his program to make London one of the greenest cities in the world by delivering £750,000 to plant more than 40,000 new trees across the capital.

Over the next two months a range of organisations – including Trees for Cities and Groundwork London – and thousands of volunteers will plant trees in every London borough.

New trees planted this winter will include apple trees in a new orchard in Redbridge, black poplars and oaks in Victoria Park in Tower Hamlets, while busy main roads in Hillingdon will have trees planted on streets to help combat traffic emissions and boost air quality.

The Deputy Mayor for Environment, Shirley Rodrigues, recently held a Tree Summit with key organisations to discuss ways to work closely to increase the tree canopy in London and plant thousands of trees over the next four years.

The Mayor Sadiq Khan said: “I want London to be one of the world’s greenest cities which is why I’ve prioritised this funding to kick-start the delivery of thousands of new trees and to protect and enhance our much-loved green spaces. Trees improve our environment and help clean up our toxic air, so despite inheriting no budget from my predecessor, I have worked fast to start a new planting programme and deliver the first batch of more than 40,000 saplings this winter. This is the first step in my plans for a major tree-planting programme across London in partnership with businesses and boroughs. I remain fully committed to ensuring that hundreds of thousands of new trees are planted over the next four years.”

Projects across London bid for grants last December and successful schemes were awarded funding this week. Many of the trees are allocated to brighten residential streets, boost air quality on busy main roads and maintain London’s many local parks, often as a result of residents’ requests.

Other areas receiving new trees include seven residential estates in Hammersmith & Fulham, a community orchard in Southwark, streets in Brent, Croydon, Havering and Lewisham, parks in Tottenham, and woodlands in Ealing and Barking and Dagenham.