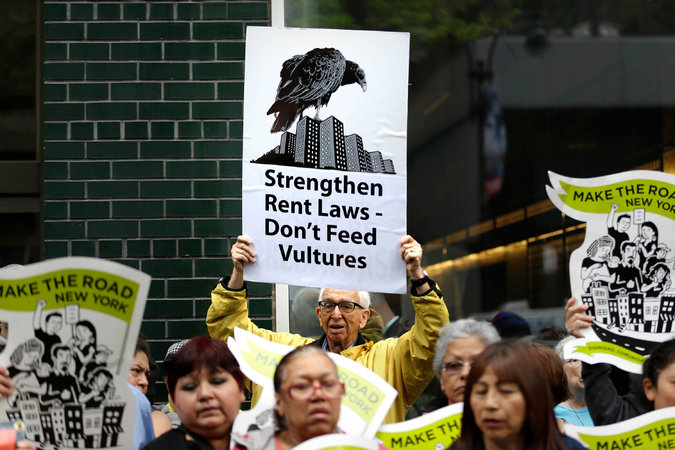 New York City Mayor Bill de Blasio is calling for an overhaul of housing programs and tax incentives to spur the construction of tens of thousands of apartments for poor New Yorkers, as well as teachers, firefighters and other workers, who increasingly find themselves priced out of a booming real estate market and rapidly gentrifying neighborhoods.

The proposals, which would require approval by the State Legislature, are central to the mayor’s promise to build or preserve 200,000 units of affordable housing over 10 years.

Mr. de Blasio’s plan would require developers throughout the city to set aside 25 to 30 percent of a project’s apartments for poor and working-class residents in return for city tax breaks, a substantial change from the existing tax abatement program, known as 421-a.

The administration is also pushing for what it calls a mansion tax on sales of condominiums, co-ops and homes that cost more than $1.7 million. The plan would generate as much as $200 million a year in tax revenue, which would be dedicated to housing programs. The city says its package of housing proposals would create more than 60,000 affordable homes over the coming decade.