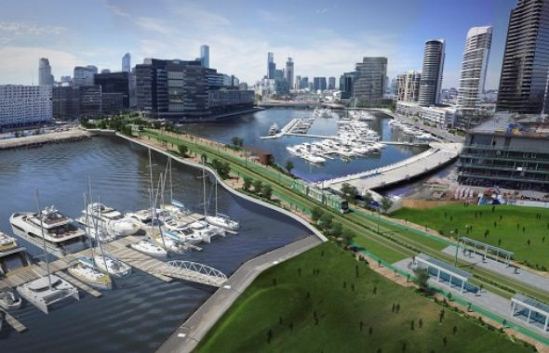 Unique among Australian state capitals, Melbourne has a massive supply of industrial land near its central business district (CBD) that has been earmarked for new housing and commercial development.

Most Melburnians know about the Docklands redevelopment, but few are aware of proposed inner city urban renewal precincts such as Fishermans Bend, E-Gate, and Arden.

It is envisaged that one day these three precincts stretching from Port Melbourne to North Melbourne will be seamlessly linked via Docklands, and provide homes for more than 100,000 people and tens of thousands of jobs.

For governments, they are one solution to deal with the housing of rapid population growth in areas that are already well-serviced by public transport, shops and community infrastructure.

While Melbourne has plenty of greenfield land on the urban fringe, the cost of the infrastructure needed to support such sprawl—public transport, roads, water, power, schools, hospitals, etc.—is high, and many residents would be forced to travel vast distances to get to work. 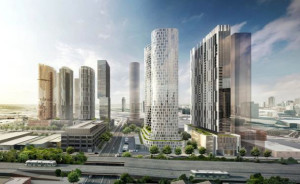 An example is the $600 million housing project in Fishermans Bend, whose six towers would comprise about 1580 apartments. The proposal is a rare opportunity to build a collection of skyscrapers that respect each other, and that use adjoining lots in a way that provides better public facilities.

The Victorian Government’s plan to ensure that sustainability is a key element of the Fishermans Bend urban renewal project has been welcomed by Australia’s property industry.

In the government’s recast vision for Fishermans Bend – a 465-hectare site close to Melbourne’s CBD – there is a commitment to working work with the Green Star – Communities rating tool, developed by the Green Building Council of Australia (GBCA) to guide the planning of sustainable environments.

GBCA chief executive officer Romily Madew says this is something industry has been calling for over a number of years.

Note from Storm: My congratulations to Romily Madew and the GBCA for their great work, and my thanks for their having me keynote their recent World Green Building Week celebration in Sydney.

Top image of proposed green redevelopment of Fishermans Bend via government of Victoria.