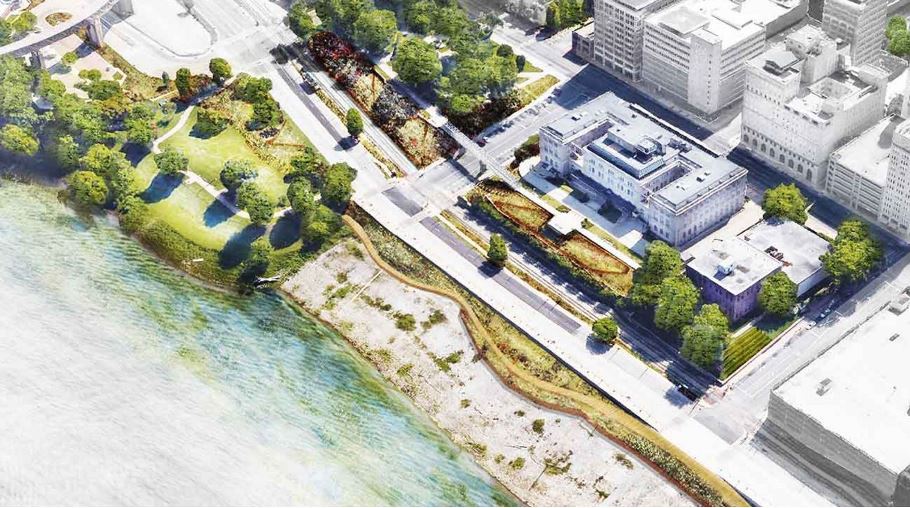 Memphis’ founders deeded these properties, contained within a larger area named The Promenade, for public use. They exist now, however, mostly as ghost towns and sleeping spaces for the homeless.

The Fourth Bluff project—four blocks of downtown Memphis deeded by the city’s founders for public use—links prominent public assets concentrated together along the Mississippi River to bridge urban connectivity gaps that are both cultural and physical.

The goal of Reimagining the Civic Commons is to create a set of connected, thriving civic assets that become a unifying place in downtown, bringing together citizens of various backgrounds who might not ordinarily meet. Arts and culture give reason to gather and linger in community with one another. Increased access to unique educational offerings provide ready opportunities for low-income residents to enter the economic mainstream. And reimagined public spaces serve as magnets for families.

This civic commons can help Memphians develop a shared understanding of our history and a shared vision for the city’s future.

The Memphis project is focused on four blocks of property in the heart of downtown within a larger area called the Promenade, deeded in perpetuity for public

use by the city’s founders. “The Fourth Bluff,” a portion of this Promenade, sits along the Fourth Chickasaw Bluff, the last in a series of high bluffs along the lower Mississippi River in West Tennessee. The assets include Cossitt Library, University of Memphis Law School promenade, and the Memphis and Mississippi River Parks.

Throughout this work, local leaders will gather lessons and data that can be applied to other public spaces in Memphis. The project bridges fragmented pedestrian connections that separate cultural assets and the riverfront and addresses negative public perceptions through reinvestment and community partnerships. As a city with a rich history that still struggles with racial segregation, Memphis seeks to design and create common spaces where the diverse population can come together and shape the future of the city.