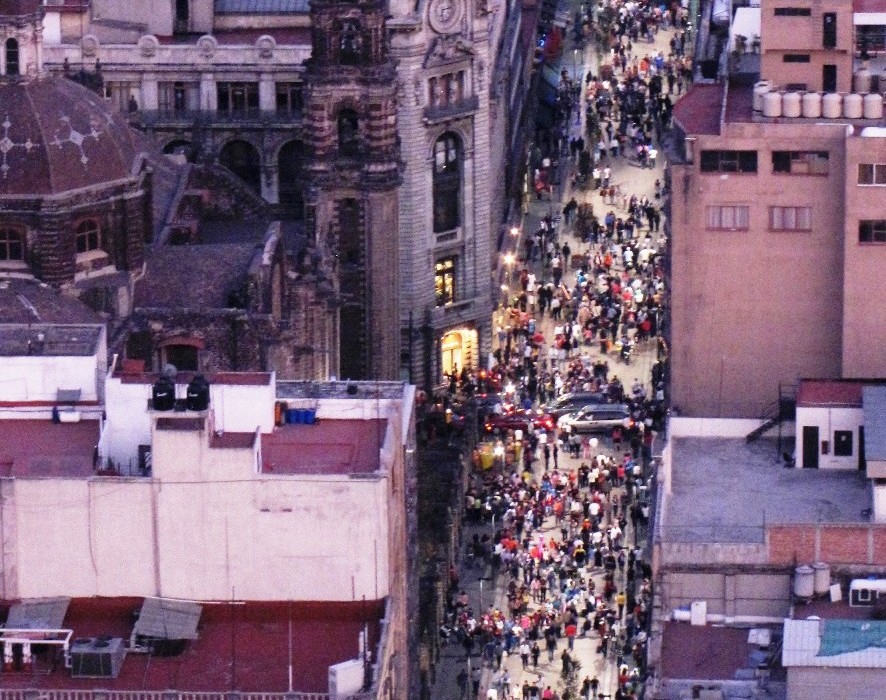 Note from Storm: This article is of great personal interest to me. My wife is from Mexico City, and we’ve been spending 4-8 weeks per year in Mexico for the past quarter-century. I well-remember not being able to see the surrounding volcanoes, even on the best days (though it was probably never as bad as Beijing, where I couldn’t see to the end of the block). Now, the volcanoes are once again a common sight.

I love this great city dearly. While it certainly has its problems–as do all cities–it doesn’t deserve the horrendous reputation created by Hollywood and the U.S. news media (nor does the country in general). [If they didn’t have the misfortune of being just south of the most drug-addicted nation on Earth, many of their present-day problems wouldn’t exist.]

Over the past decade, I’ve watched as the city has become a Latin American leader in green building. I’ve watched as it became a national leader in women’s and LGBT rights. And I’ve watched as they’ve closed more and more streets to cars around its beautiful central historic district, which has greatly revitalized both the economy and quality of life in that area. Mexico City is certainly serious about adding greenery: they’ve got what is probably the world’s largest urban nursery—Viveros de Coyoacán–which doubles as a public park. And their subway system puts the grossly-mismanaged one we have here in Washington DC to shame. Viva Mexico City!

From the article: We love stories about people taking action to solve a city’s problems, and stories about the pedestrianisation cities. This story ticks both those boxes.

Thorsten Englert is a German architect who has been based in Mexico City for 10 years. He has a passion for designing sustainable buildings and, as he puts it, the “spaces between buildings”.

In addition to running his architectural practice in the Roma district of Mexico City, Thorsten teaches architecture and urban design at UNAM (Universidad Nacional Autonoma de Mexico). The campus in the south of the city is also a UNESCO heritage site.

Englert and his team saw an opportunity for this part of Mexico City. They asked, why not create a secure pedestrian zone for pedestrians between the station and the university, that would also link a variety of urban spaces together, thus creating a new sequence of public spaces?

The area around UNAM is home to many office buildings, residential neighbourhoods, student housing and several parks. The project has the potential to create a new point of attraction for students, residents, office workers and commuters.

Englert’s approach to urban planning is to look holistically at the economic, social and environmental aspects of a project. In this project the economic aspect includes giving economic opportunity to the local community, such a street vendors; the social – creating attractive public spaces for all users; and the environmental – greening the area, cleaning up the air and reducing traffic.