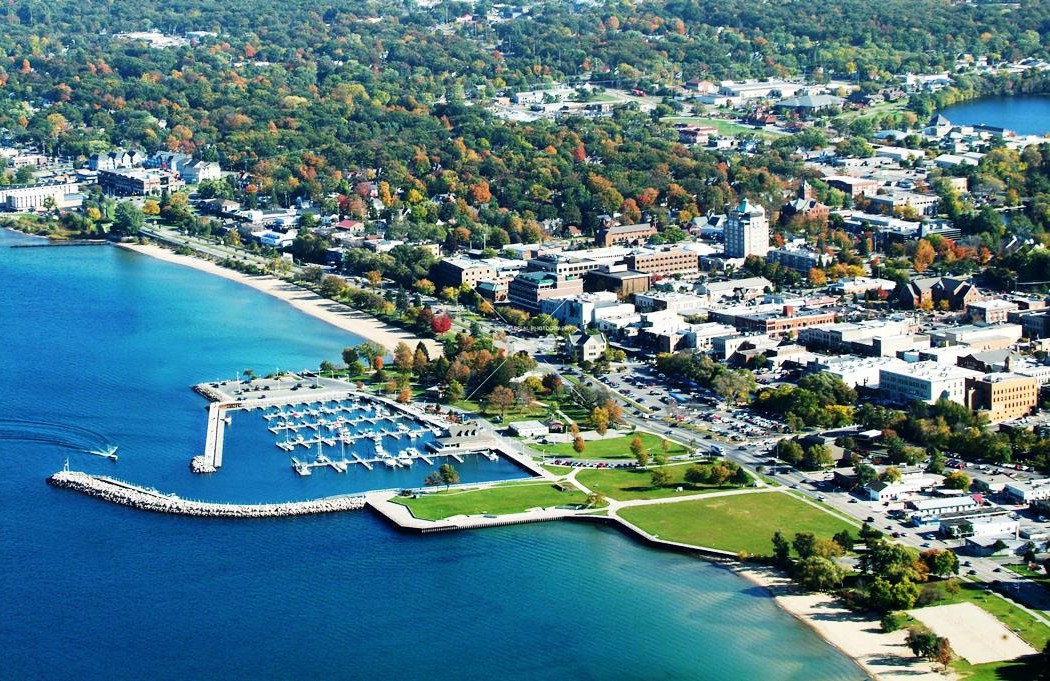 Note from Storm: It’s unusual for legislation—merely proposed legislation at that–to be a Feature Article in REVITALIZATION, but this Michigan act is a wonderful policy model for other states (and nations) to follow, so we want to give it as much exposure and support as possible.

From the newspaper articles and the official press release: On August 4, 2015, U.S. Senator Tammy Baldwin, a member of the Senate Great Lakes Task Force, introduced major legislation aimed at boosting efforts to revitalize waterfront communities, including Wisconsin towns and cities along the Great Lakes, rivers and inland lakes.

The Waterfront Community Revitalization and Resiliency Act will support community efforts to make the most of water resources by attracting water-dependent industries and investments that leverage water sustainably, revitalizing neighborhoods, and enhancing recreation and tourism. In addition, Senator Baldwin’s legislation will support communities to plan for their future, provide the tools to implement that plan, and help them attract private and non-profit investment. Senator Baldwin was joined in introduction of her legislation by Senators Angus King (I-ME), Ron Wyden (D-OR) and Gary Peters (D-MI).

“From Milwaukee to Manitowoc and from La Pointe to La Crosse, waterfronts are a critical asset for our quality of life in Wisconsin, as well as for our long term economic security,” said Senator Baldwin. “In fact, the Great Lakes are directly linked to more than 1.5 million U.S. jobs and $62 billion in annual wages. And Wisconsin’s natural resources support nearly $12 billion dollars of economic activity in the Badger State. Boosting our waterfront communities is not just an environmental goal, it is an economic necessity. That is why I am proud to introduce this commonsense legislation that will support waterfront communities across America to make the most of their local water resources.”

Many waterfront communities were built around their water resources years ago, and are now working to reposition and overcome issues such as limited public access and poor alignment with modern development. In addition to adapting to economic shifts, waterfront communities are facing pressures to meet increasing demands on water resources; make resilient investments that can withstand weather extremes like storms, floods, and fluctuating lake levels; and adapt to changing ecosystem conditions that range from shoreline erosion to stresses on fisheries.

Waterfront planning and implementation requires communities to navigate intergovernmental hurdles, work across constituent groups and agencies, and secure financing. But many communities lack the resources to make it from vision to reality—despite the economic returns from revitalization and the payoff that resiliency preparation can provide in the long term.

The Waterfront Community Revitalization and Resiliency Act aims to solve these problems by:

Senator Baldwin’s legislation answers the call from stakeholders who have long emphasized the need for waterfront revitalization and resiliency in America’s waterfront communities:

“Assisting and supporting coastal communities in making make the most of their access to the Great Lakes will yield long term benefits for people, businesses and the environment,” said Great Lakes Commission Executive Director Tim Eder. “We appreciate Senator Baldwin’s leadership and look forward to working with her and her colleagues to advance our efforts to leverage the Great Lakes as both a natural treasure and an economic asset.”

“The Coastal States Organization applauds Senator Baldwin for recognizing the key role that waterfront communities play in promoting a healthy economy, and that they merit special attention to address challenges and enable them to plan for the future,” said The Coastal States Organization Executive Director Mary Munson. “Across the country, coastal and riparian communities have been calling for more resources, tools, and capacity to help them develop their economies, and replace crumbling infrastructure while becoming more resilient to storms, floods, rising seas, and other natural hazards. The Waterfront Communities Revitalization and Resiliency Act provides a mechanism to help respond to those calls.”

“With the introduction of the Waterfront Community Revitalization and Resiliency Act, Senator Baldwin continues her leadership in working to ensure that Great Lakes coastal communities remain economically viable and sustainable—and that shoreline communities have access to the resources they need to improve and enhance both natural and gray infrastructure,” said The Nature Conservancy in Wisconsin State Director Mary Jean Huston.

He says that the Waterfront Community Revitalization and Resiliency Act would encourage efforts to attract water-dependent industries, and also make investments in waterfront communities designed to enhance development, as well as recreation and tourism.