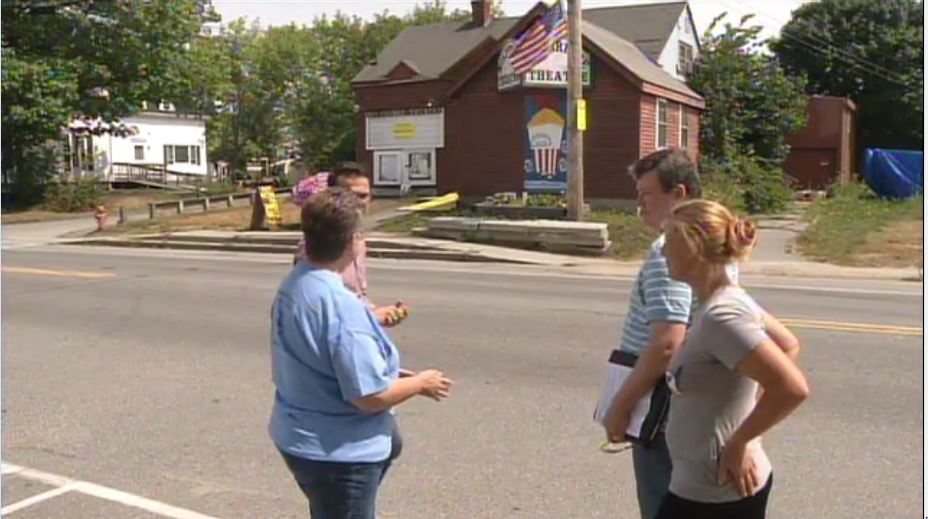 The Milbridge Theatre was an important piece of Milbridge, Maine‘s social fabric for nearly 80 years.

A group of determined Milbridge residents has formed Gateway Milbridge, an organization helping with initiatives to revitalize downtown Milbridge.

Purchasing, rebuilding and reopening the Milbridge Theatre as a modern and welcoming regional entertainment and arts center is a primary project for Gateway Milbridge because of the many positive impacts it can have for our area.

“The theater was an integral part of Milbridge. It was the hub, really, of the community for years,” said Cathy Chipman, secretary for Gateway Milbridge.

The Milbridge Theater was built in 1937. Its most recent owner, Dave Parsons, died in 2014–causing the theatre to shut its doors.

“Closing of this theater has left a hole in this entire region for arts and entertainment,” said Crystal Hitchings.

“The vision originally had been to try to rebuild the theater to the extent that we could, but doing extensive research on it we learned that the building is too full of mold and water damage and rodents had gotten into it sot he building itself needs to be taken down. But we want to rebuild it to look as much like the original building as possible,” said Hitchings.

They intend to preserve many fixtures and items from inside as well.