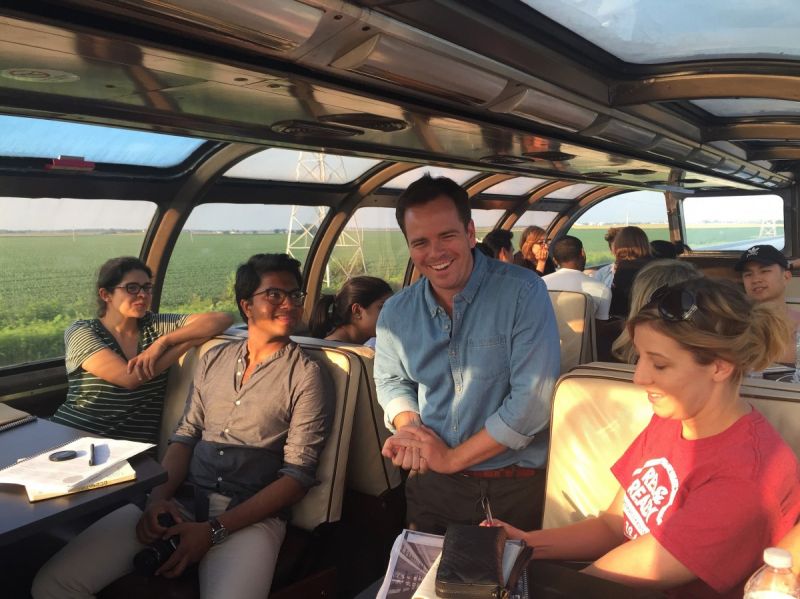 Rachel Reilly Carroll was in Albuquerque when it clicked. She was at the Sundowner, today an affordable housing complex, formerly a motel where Bill Gates and Paul Allen stayed while developing Microsoft.

She clearly saw a simple summation of the main frustration she’d been hearing from affordable housing residents and struggling renters from Pittsburgh to Kansas City. As their neighborhoods receive new investment, as new transit lines price them out of their homes, as new residents clamor in, long-term residents aren’t being seen, she thought.

Reilly Carroll, an associate director of impact investing at Enterprise Community Partners, says, “I’ve never been able to name that dynamic until this trip.”

She had the realization while one of 26 participants on a cross-country trip organized by the Millennial Trains Project (MTP). The nonprofit takes select groups of young entrepreneurs, activists, artists and innovators from city to city to help them grow as leaders and expand their visions beyond the regional.

Millennials apply for a spot on the train, and if accepted, most crowdfund to cover the costs. Participation fees are about $5,000, and Dowd says he can count on one hand the number of people who have funded it themselves.

Most turn to their social networks, and about a fifth receive scholarship funding from one of the nonprofit’s partners, which include the Rockefeller Foundation, Comcast NBCUniversal, the U.S. State Department, and TransitCenter, a transit advocacy group.

The Millennial Trains Project (MTP) is an award-winning non-profit that leads crowd-funded transcontinental train journeys for diverse groups of young innovators to explore America’s new frontiers, grow as leaders, and launch projects that benefit and inspire their communities.

Their caravan of vintage rail cars is more than a means of exploring geographies of innovation — it is an incubator of ideas and symbol of progress powered by millennial aspirations and a world-class coalition of partners.

MTP participants come from every corner of the world and use our journeys to advance important, creative projects that directly relate to the defining issues of our time.

Over the past three years, they have led journeys across the southern, northern, and central United States, and engaged with 20 communities along the way.

From small town train stations to the White House, MTP has been hailed as a game-changing innovation in the realm of next-generation leadership development, community engagement, and social entrepreneurship.

Building on the foundation of these first journeys, we look forward to leading our next two journeys in August 2016, and to further establishing MTP as a civic/entrepreneurial right of passage for future generations.