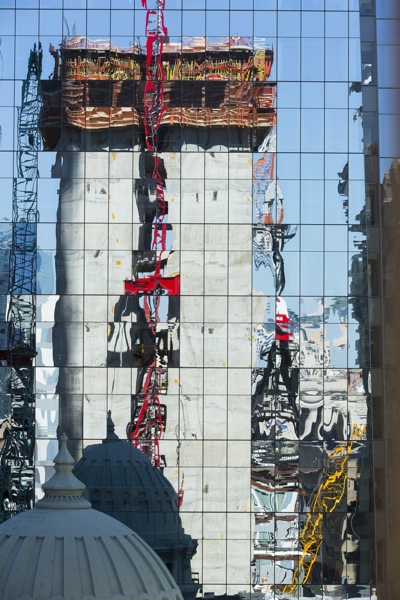 Philadelphia, Pennsylvania‘s construction boom is picking up steam across the city, as the demand for a “live-work-play” lifestyle among city-loving millennials has pushed development of more shops, apartments, offices and entertainment spaces.

Along with the much-publicized millennials is a sizable contingent of baby boomers who are exchanging their suburban palaces for proximity to the city’s art galleries, restaurants and concert halls.

“You have an influx of millennials and empty nesters coming back to the city. That spurred some of the redevelopment of our residential base, which is also feeding our retail base, and then slowly but surely, those young people who are staying around now,” he said.

Since 2000, the city’s population in the section from Girard Avenue in the north to Tasker Street in the south, and river to river, has grown by 16 percent to 183,000 residents. Of that number, about 40 percent are millennials, aged 20 to 34. Another 23 percent are over 55, according to Center City District’s 2015 annual report.

The growing demand for city living is being fueled by the improvement of public spaces such as Dilworth Park and the Schuylkill River Trail extension that help to create a more livable city, Marcus said.

“It’s very affordable. It’s really taken advantage of its outdoor spaces in creating a very walkable, cyclable, livable city, and I think that’s driving a lot of the development,” he said.

One indication of demand for the new development is the low vacancy rate for high-end apartments in Center City, Marcus said. At below 3 percent, the rate is putting pressure on developers to build more.

“We’re getting to the point where there is not enough inventory to keep up,” he said. “We’re leasing up so fast, we’ve never really had this before.”