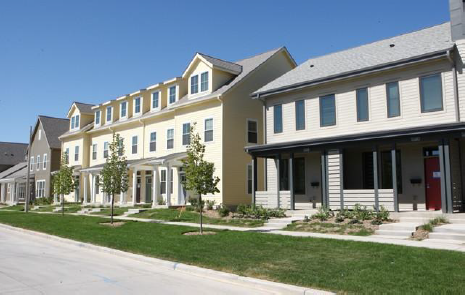 Affordable housing—as practiced in the U.S. and much of the rest of the world in the 20th Century—usually consisted of penitentiary-style multifamily towers that concentrated low-income and poverty-stricken people into ghettos.

It was among the worst of the urban planning practices of a century characterized by bad urban planning. The result of this work by professional urban planners was almost universal: high crime, rampant illegal drug use, local control by violent gangs, and millions of ruined lives.

Fortunately, many non-profit groups have risen to both challenge and defend themselves against urban planners in recent decades. Many of them focus on the revitalizing “new” practice of creating healthy, socially-just, mixed-income neighborhoods.

As a result, public housing design has been rapidly shifting from high-rise ghettos to neighborhood-based approaches. 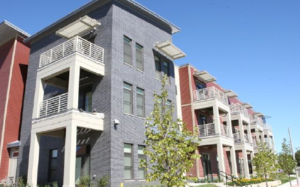 Milwaukee, Wisconsin offers a good example of this trend. The 65-year-old Westlawn Gardens development, on the city’s northwest side, is being transformed into a mixed-income redevelopment. Even better, it’s being done as a partnership with local business and education leaders.

“This is the largest public housing site in the state of Wisconsin, and so transforming that makes a difference not just for the residents there, but in the larger neighborhood and the city at large,” says Murphy Antoine, one of the people shaping the new direction of Westlawn. Antoine is an architect and planner with the Maryland-based firm, Torti Gallas and Partners.

Warren Jones is the vice president of construction for Milwaukee’s Travaux, Incorporated, one of companies involved in the redevelopment. He says it’s important to get the key stakeholders in the neighborhood involved in the planning stages, so they feel like part of the revitalization effort.

The Friends of Housing Corporation website says this about the renovated Westlawn Gardens: “The newly designed state-of-the-art Westlawn Gardens is a must see!!!! This new development consists of 2 stunning mid-rise buildings, one available for ages 18 and up and one to accommodate seniors only. Each mid-rise contains 47 spacious 1 bedroom units that are furnished with a range, refrigerator, microwave, patio or balcony, and utilities are included. There are also 20 1-bedroom units available in the east mid-rise to the general public. These contemporary mid-rises also come with laundry facilities on each floor, an exercise room, a computer room and a community room for the resident’s to enjoy. The community room can also be leased out for small parties and events when available.”

Photos courtesy of the City of Milwaukee.