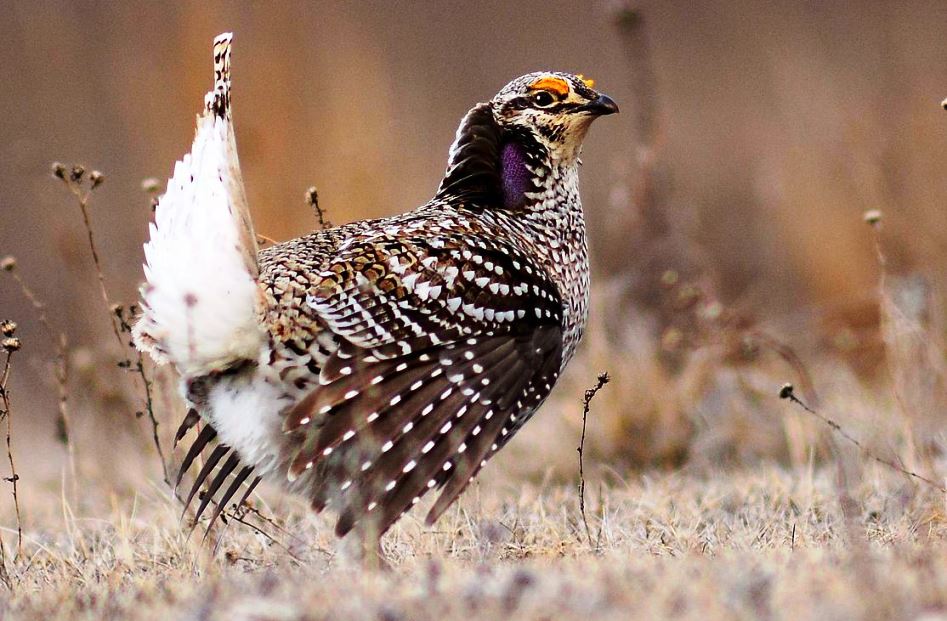 The sharp-tailed grouse (Tympanuchus phasianellus) is a medium-sized prairie grouse. It is also known as the sharptail, and is known as fire grouse or fire bird by Native Americans, due to their reliance on brush fires to keep their habitat open. The Sharp-Tailed Grouse is the provincial bird of the Canadian province of Saskatchewan.

But the entertaining springtime ritual of male sharp-tailed grouse twirling, nodding and strutting their stuff on the prairie to impress the ladies isn’t as common a sight in Wisconsin as it used to be. So biologists are bringing in new blood from Minnesota to provide an isolated flock with a shot at survival.

Starting next week, wildlife biologists plan to capture as many as 60 of the birds on their booming grounds in far northwestern Minnesota and get them checked out by a veterinarian in Duluth. If they pass muster, the birds will be released into the Chequamegon-Nicolet National Forest of northern Wisconsin in hopes that they’ll inject some fresh genetics.

The birds’ new home will specifically be the 22,000-acre Moquah Pine Barrens in Bayfield County, a rare habitat that the U.S. Forest Service has been working to restore in partnership with The Nature Conservancy, other state and federal agencies, and local Chippewa tribes.

Pine barrens contain a unique mix of grasses, trees and other plants on sandy soils that depend on periodic fires to keep other species out. Thanks to prescribed burns and other efforts to turn back the encroaching forest since 2009, the area once again offers the kind of grassland that sharptails need to thrive over the long term, forest spokesman Greyling Brandt said.