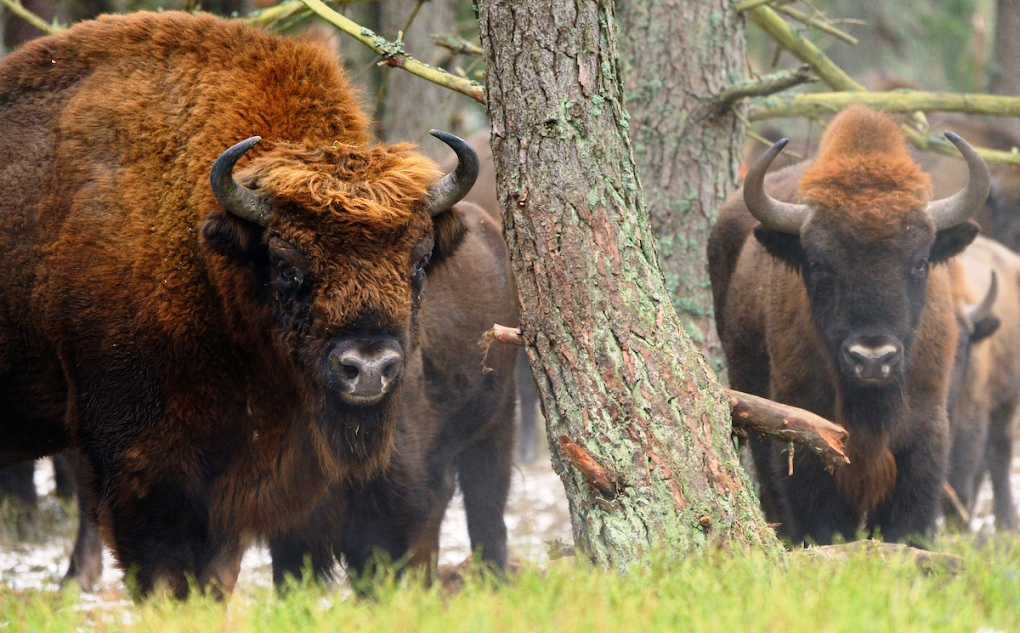 For the first time in centuries, European bison are now roaming free in the Rhodope Mountains of Bulgaria.

The herd of seven animals (two males and five females) was released from their enclosure this summer and is now living free in the Studen Kladenets Hunting Reserve (part of the Rhodope Mountains rewilding area), where the Rewilding Rhodopes team is monitoring their behavior and movement on a daily basis.

“This is a momentous occasion,” says Hristo Hristov, a rewilding officer attached to the Rewilding Rhodopes team.

“The animals are now reoccupying their former ecological niche, finding water and food, learning to protect themselves against wolves and jackals, and exploring the challenging terrain,” he added. 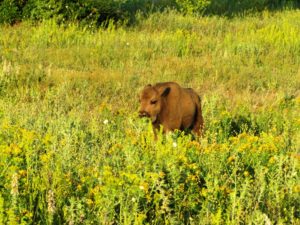 The good news doesn’t end at the bison release.

One of the free-roaming female bison has already given birth; the first bison calf born in the wild south of the River Danube since the Middle Ages.

The female calf and mother are both doing well.

“We are thrilled by the new addition,” says Hristov.

“The calf was born in one of the wildest parts of the reserve and has been following the herd ever since. This young bison is a symbol of hope for a wilder and more biodiverse Rhodope Mountains. This is why we have named her Nadezhda (meaning ‘hope’ in Bulgarian),” he explained.

As they roam free in the Rhodope Mountains, the bison will live alongside deer, wolves, vultures and many other rare and endangered species.

As in the Southern Carpathians of Romania, where Rewilding Europe and partners have been reintroducing bison since 2014, the animals will have a positive impact on local wild nature, helping to create biodiversity-rich mosaic landscape through their grazing and browsing, as well as enhancing local food chains.

“The European bison will bring a range of benefits to wild nature and people,” says Hristov. “The existing herd has already become quite a visitor attraction and will help us to develop nature-based tourism here.”

Rewilding Europe has been working to restore a European bison population in the Eastern Rhodopes since late 2013, when five animals arrived at Studen Kladenets from Germany. After the animals adapted to their new enclosure, 2015 saw the first bison born in the Rhodopes for centuries (in captivity) added to the herd.

Going forward, Rewilding Europe and the Rewilding Rhodopes team will continue to work together to boost bison numbers in the Rhodopes, with a view to creating a more robust and viable breeding group.

The European bison once existed across much of Europe in large numbers. 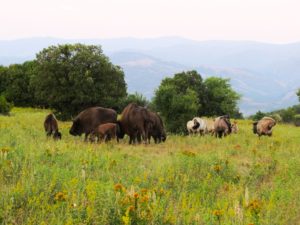 They disappeared from the wild in Bulgaria during the Middle Ages, while hunting and habitat loss saw it driven to extinction as a free roaming species in Europe at the beginning of the twentieth century.

Various reintroduction program have eventually seen significant wild populations restored in Central and Eastern Europe, mainly in Poland and Belarus, with a small herd reintroduced in northeastern Bulgaria in the 1960s.

Today the European bison, as with other European species such as the Eurasian beaver and white-tailed eagle, has made a remarkable comeback in Europe.

The aggregation of all European bison projects mean their numbers in the wild currently total around 4000.

All photos are courtesy of Rewilding Rhodopes.

This article originally appeared on the news page of Rewilding Europe. Reprinted here by permission.