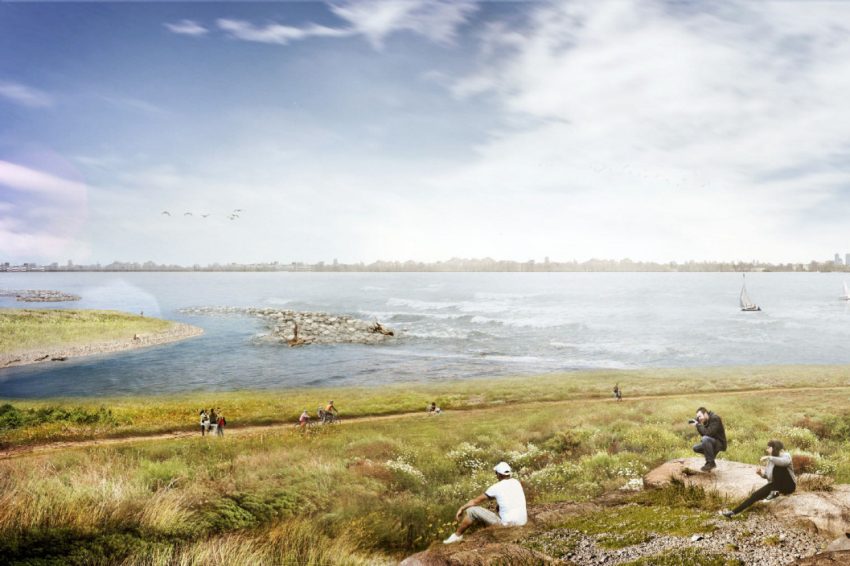 Waterfront piazzas, a 1.5 kilometre beach, new lakefront land the size of 48 football fields and mixed-use neighborhoods housing 20,000 people on 250 acres of reclaimed industrial land — Mississauga, Ontario is set to kick off a project on the shores of Lake Ontario that promises to be the envy of the world.

On September 24, 2016 Ontario’s finance minister realized a dream that has driven him for more than a decade, as he and other dignitaries announce the “ground making” of new waterfront land and islands next to where a colossal power plant formed a barrier between the city and nature for almost 50 years.

The grand undertaking — involving the city, the province and Credit Valley Conservation — is part of a major reclamation of Mississauga’s waterfront called Inspiration Lakeview.

Credit Valley Conservation (CVC) is a community-based environmental organization, dedicated to protecting, restoring and managing the natural resources of the Credit River Watershed. Established by the provincial government in 1954, CVC is one of 36 Conservation Authorities in Ontario.

As the primary scientific authority for the watershed, CVC works in partnership with municipal governments, schools, businesses and community organizations to deliver locally-based programs. These programs support:

Referring to Mississauga, Finance Minister Charles Sousa (who is also the local MPP) said, “There probably isn’t another city in the world that has this much space on the waterfront to do what we’re going to do here,”.

See full article by San Grewal in The Toronto Star.