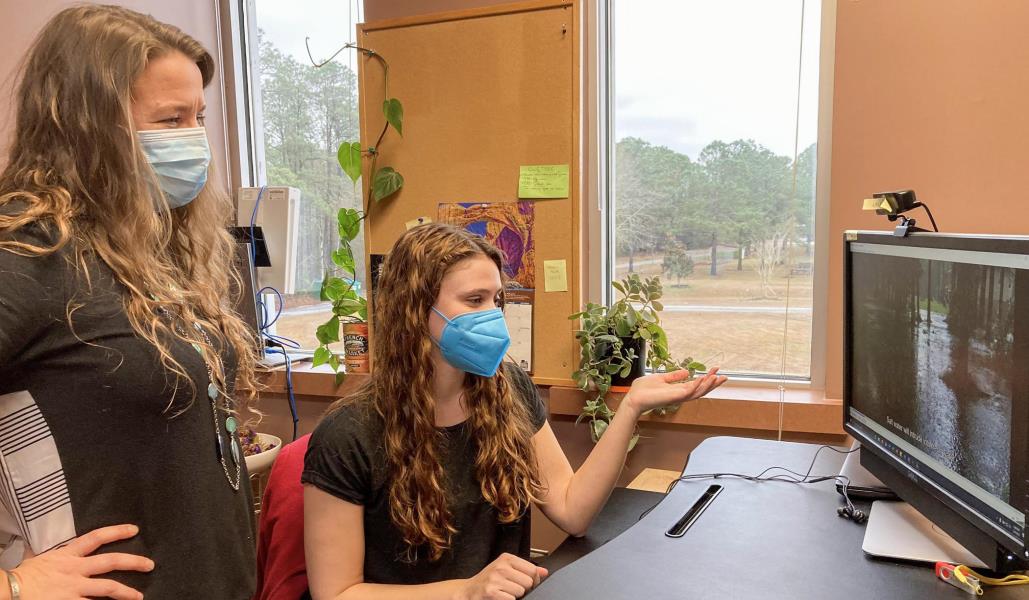 Communities along the Gulf Coast that are facing the constant challenge of sea-level rise coupled with heavy rains and tropical storms now have an ally in the Resilience to Future Flooding project.

This project focuses on addressing communication and financial barriers to sea-level rise resilience in the northern Gulf of Mexico.

“Sea-level rise directly affects all our coastal communities,” she said. “It is crucial that coastal decision-makers understand how sea levels will rise, what impacts could be and what their options are for addressing potential impacts.” 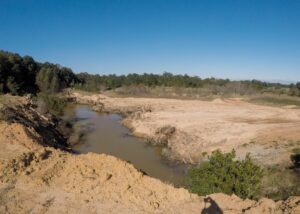 One project of the Resilience to Future Flooding effort addressed flooding, sediment and pollution along the Magnolia River in Alabama. A team assessed the feasibility of constructing wetlands on the uplands of this river.(Photo by MSU Extension Service)

The city of Apalachicola, Florida, assessed its historic properties for risks related to sea-level rise and associated flood hazards.

Apalachicola’s focus was mitigating these risks, and the Resilience to Future Flooding project helped city leaders develop specific recommendations and cost estimates for measures such as floodproofing or elevating the vulnerable properties.

“Apalachicola is a regional leader in addressing coastal risk and resilience,” Heming added. “Over the past three years, the city has been strategically building their knowledge and capacity to protect and conserve their community in the face of rising seas.”

Their focus is on the downtown area, which is its most vulnerable and economically valuable area.

The Magnolia River in Alabama has had problems with flooding, sediment and pollution. A team comprising the Friends of Magnolia River Committee, Baldwin County Soil and Water Conservation District, and the town of Magnolia Springs conducted a study to assess the feasibility of constructing wetlands on the uplands of the river.

“The Weeks Bay Watershed Management Plan has 33 prioritized measures to address a variety of watershed topics, including future flood events as a major concern,” Heming said of the Magnolia River project.

Heming explained that these efforts by Apalachicola and the Magnolia River team were among five promising subprojects chosen by the Resilience to Future Flooding team. The project funded these community efforts to showcase the various resilience programs being conducted across the Gulf to mitigate sea-level rise and related hazards.

In Biloxi, Mississippi, officials developed a plan to improve flood resiliency in that city’s economic development corridor. They looked at first floor elevations to determine risk from potential flood and storm surge scenarios.

In Alligator Point, Florida, persistent issues surround the community’s sole access and evacuation route. This road was the focus of an effort led by the Apalachee Regional Planning Council to consider what options are available for resiliency improvements.

In 2019, the Resilience to Future Flooding project funded these five subprojects with $40,000 to $60,000 grants. Communities that received these grants created short video diaries of their experiences so others can learn from their work.

The team further contributed to dialogs along the northern Gulf with a second set of videos that communicates the science around sea-level rise, its potential impact on the northern Gulf of Mexico and possible solutions to address or avoid these impacts.

“Sea-level rise science is complicated and advancing at a rapid pace, and practical solutions for small coastal communities are not well described or shared,” Heming concluded. “These videos make it easier for coastal decision-makers to understand their vulnerabilities and options.”

Renee Collini, MSU Extension instructor at the Coastal Research and Extension Center in Biloxi and the project lead, said the project combined information and funding while working with community leaders across the northern Gulf to produce some great resources and valuable learning opportunities.

“This work has opened the door for our small-grant recipients, as this funding provided the capacity they needed to tackle even bigger efforts,” Collini said. “It has generated a measurable increase in resilience in the region, and we have seen it serve as a conversation starter in other communities.”

“We hope others will begin these efforts in their own communities,” Collini said. “The Resilience to Future Flooding project is here to help and serve as a resource for those who want to move forward addressing future flood resilience.”