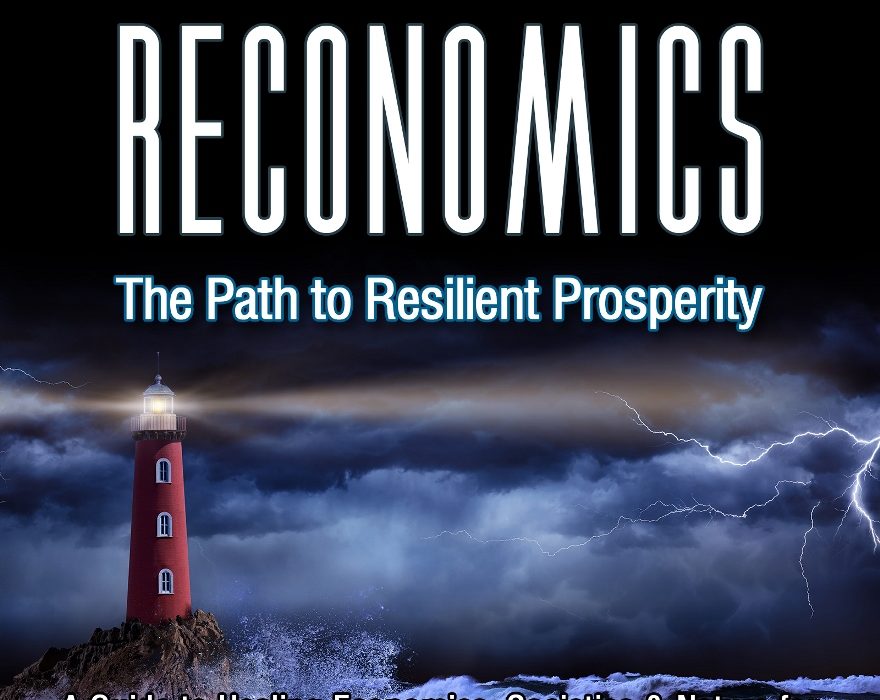 Mixed-use development is how the world’s cities developed for thousands of years, until very recently. The revitalizing trend back towards mixed-use development is thus nothing revolutionary: just a return to sanity on the part of urban planners. As with most good things, some allow their enthusiasm to deteriorate into fundamentalism. They force mixed-use into every situation, with no attempt to determine if it’s appropriate. The result is that some places already possessing sufficient retail space have more crammed down their throats. Empty storefronts appear, which make the area appear distressed, sometimes leading to devitalization.

The segregation of urban society by class or income has been with us for millennia, but never to the extent we see in the U.S. and many other places today. A very healthy trend towards mixed-income development is just gaining some steam, usually led by affordable housing and downtown revitalization advocates.

But most planning is still done in silos, so the next big trend is likely to be mixed-agenda development, a holistic approach top renewing our built, natural, and socioeconomic (including heritage) environments together.

Here are some thoughts on the subject, extracted from the current draft of my third book, RECONOMICS (coming January 2020).

Here in the U.S., there’s a disturbing trend towards using “revitalization” and “gentrification” synonymously. It’s understandable: people don’t like to feel ignorant, and few folks really understand revitalization. So, replacing that complex concept with a simple one like “wealthy people displacing poor people” is comforting.

But it will be a shame if this trend takes hold, as it will further lower both expectations and outcomes for our communities. In its best form, revitalization arises from an ongoing process of renewing, repurposing, and reconnecting our natural, built, and socioeconomic environments in an integrated manner. This is a far cry from merely renovating neighborhoods and boosting real estate values.

One fix might be to replace that mysterious word “revitalization”—and that intimidating word “integration”—with terminology that’s more in keeping with industry standards. The word “mixed” seems to be acceptable to practitioners and citizens alike. “Mixed-use” is firmly established. “Mixed-income” is well on the way to becoming so. So maybe “mixed-agenda” could take the place of uncomfortable words like “revitalization” and “integration”.

Mixed-use development is a way of combining residential, commercial, and cultural functions into a given property, in order to create vibrant places. That’s one agenda. Mixed income development is a way of reducing racial and income segregation, which also helps create vibrant places. It helps alleviate both poverty concentration (which creates a feudal class) and wealth concentration (which creates an aristocracy). That’s another agenda.

Combining several of these revitalizing, restorative agendas with mixed-income, mixed-use development gives us a formula for improving the future of our cities: Mixed-use, mixed-income, mixed-agenda development (MUD-MID-MAD?).  In other words, renewing our natural, built, and socioeconomic environments together, in order to more-reliably trigger revitalization.

City people often share more interests with the residents of cities on the other side of the country than they do with rural residents just 30 miles away in their own state. This is why we’ll see the rise of national and international city networks. But local urban/rural rifts can be healed by well-designed mixed-agenda development.

As logic would suggest, there’s often a direct correlation between the size of a project and the number of agendas it addresses. Think, for instance, of the 50-mile Buffalo Bayou revitalization project in Houston, or the 38-mile Los Angeles River revitalization project. Or the green infrastructure strategy that’s revitalizing so much of Philadelphia’s waterfront neighborhoods.

A large scope doesn’t guarantee more agendas, though, nor does small size dictate few agendas. But mixed-agenda development certainly becomes easier to justify as the project gets larger.

Of course, there’s nothing really new about mixed-agenda development: many large redevelopment projects repurpose historic buildings, remediate brownfields, renew infrastructure, and restore greenspace. [Of course, there’s nothing new about mixed-income or mixed-use development either: both have been around for centuries. For the past 60 or 70 years—since professional planners came onto the scene—we’ve been doing primarily single-use, single-class, single-agenda development. The mixed-use and mixed-income trends arose to correct those dysfunctional practices.]

But just because a project addresses multiple agendas doesn’t mean it’s doing it well. In many cases, those additional agendas are considered impediments and complications that must be dealt with. They are forced on the developer by circumstance.

But restoring our watersheds, cleaning up contamination, renewing our heritage, and rebuilding biodiversity are far too important to our future to be treated as annoyances and expenses. Addressing them properly requires intention, and sustained effort. Those distressed properties we often see as problems are actually renewable assets: they are the ingredients of revitalization, not obstacles to it.

What is new is that places are finally realizing that these larger agendas—watershed restoration, ecological restoration, urban resilience, rural revitalization, reconnecting local food systems, etc.—can’t be effectively addressed at the project level. Only an ongoing, coordinated effort—a program—will produce the desired result. So, the biggest difference between mixed-use or mixed-income development and mixed-agenda development is that the latter is primarily strategic and programmatic, whereas the first two are primarily tactical and project-based.

We tend to forget that (ideally) a project is how we implement a plan. And a plan is how we implement a strategy. And a strategy is how we implement a vision. Without a vision and strategy, our plans and projects have no foundation. More to the point, they have little ability to address multiple agendas in a cohesive manner. We end up with a stop-start, ad hoc series of disconnected projects. The goal of revitalization is thus reduced to mere hope that somehow all this activity will magically come together.

All three of these barriers can be overcome with the same solution: an ongoing mixed-agenda program. While it often isn’t worth the effort of researching and assembling the often-bewildering array of applicable local, state, and federal grants and tax incentives for individual projects, it’s well-worth the investment of time for an ongoing program, where the resulting resources can be used repeatedly.

Perceived momentum is the key to creating confidence in the future of a place. When residents have confidence in a better local future, fewer move away, and more of them work on improving their community. When outsiders have it, more will move there. When a relocating employer has it, they’re more likely to overlook a place’s weaknesses, trusting that it will get improve. When developers have it, they see the place as having secure investment opportunities.

Today, mixed-agenda development is on the rise (though not by that name), driven in no small part by resilience and climate restoration efforts. It’s also being driven by a rebellion against the engineering mindset that has dominated so much city planning. The purpose of engineering, almost by definition, is to eliminate surprises. This is a wonderful thing when we’re talking about bridges, tunnels, and power grids.

But it’s disastrous when applied to complex living systems, such as cities and nature. The ability to surprise is a defining characteristic of complex adaptive systems. They tend to manifest what’s known as emergent behaviors: characteristics that can’t be traced to a specific cause. Suppressing emergence is lethal, but that’s what we do when we reduce diversity (e.g. – via single-use zoning), and when we reduce connectivity (e.g. – via urban highways that sever neighborhoods).

Many public leaders say they are working on boosting resilience. But, with the exception of the Chief Resilience Officer positions being “artificially” stimulated by Rockefeller Foundation money—via their excellent “100 Resilient Cities” program—how many cities or regions have put an executive in charge of resilience?

Cities have been trying to revitalize for decades, yet the efforts still aren’t supported by a formal discipline (no: it’s not the same as “economic development”). This means that there’s a fundamental blockage somewhere. Maybe it’s just terminology. Let’s give “mixed-agenda development” a try, and see if this less-intimidating phrase opens some doors.

This paper has focused primarily on “re” activities, but there is such a thing as mixed-agenda sprawl. The world’s population is still growing—and urbanizing—quickly. Some nations don’t have enough cities to handle that growth, no matter how well they revitalize them. Even cities that have plenty of untapped capacity in their urban center are sprawling. This is usually because local leaders have ceded control of their future to the “free” market. I put “free” in quotes, because most sprawl is directly or indirectly subsidized, so the market is hardly free. Without such subsidies, inner-city redevelopment becomes a far more economically viable option.

In such cases, “restorative sprawl” (mixed-agenda development, as opposed to redevelopment) is the way to go. It’s an integrated approach to designing, funding, and building new suburbs and new cities that goes beyond “green”, “conservation”, and “sustainable” agendas. It actually restores watersheds, biodiversity, and soil quality. It can work almost anywhere—especially in arid landscapes—since there are few places on the planet where local water resources, wildlife, and farmlands haven’t already been significantly degraded.

Houston’s aforementioned Buffalo Bayou effort has been managed as an ongoing program by the Buffalo Bayou Partnership since 1995, and was master-planned in 2002 (updated in 2012). It’s renewing the economy, the ecology, the infrastructure, the watershed, and social spaces simultaneously.

A total public outlay of $800 million over 20 years is projected to catalyze $56 billion in private investment. This summer, the $58 million, 160-acre Buffalo Bayou Park will open. This is mixed-agenda redevelopment in the flesh. If you’ve got something similar going on in your area, please let me know, as I’ll probably want to write about it.

Storm Cunningham is the publisher of REVITALIZATION.

Since 2002, he has been a full-time strategy consultant, professional speaker, and workshop leader on community revitalization, economic resilience, and natural resource restoration.  His clients include national and local governments, universities, and non-profits in over a dozen countries.

His third book, RECONOMICS, will be published in November, 2019. See http://StormCunningham.com for more on his work.