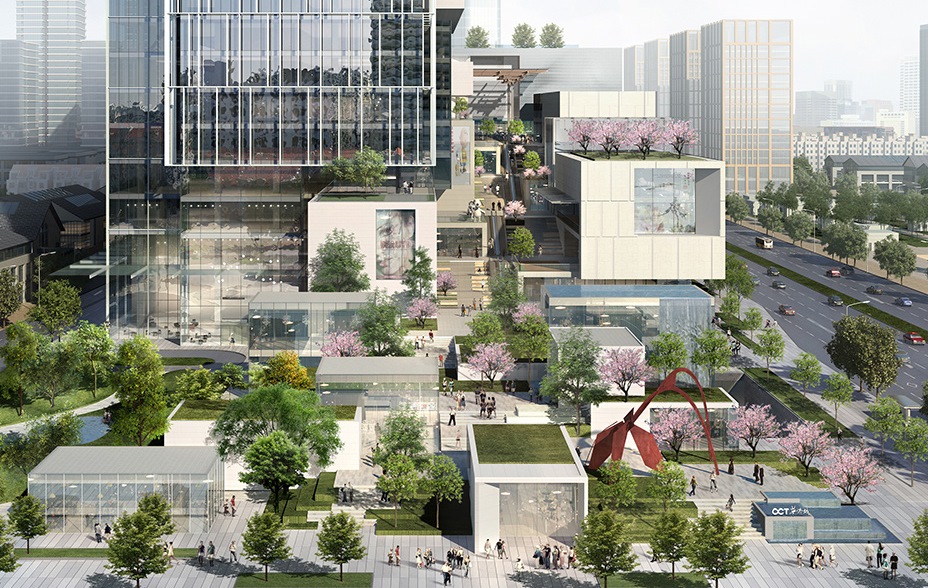 Xi’an is the capital of Shaanxi Province. It’s located in the center of the Guanzhong Plain in northwest China.

One of the oldest cities in China, Xi’an is the oldest of the Four Great Ancient Capitals, having held the position under several of the most important dynasties in Chinese history, including Western Zhou, Qin, Western Han, Sui, and Tang. 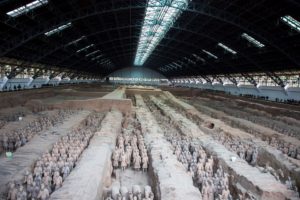 Xi’an is the starting point of the Silk Road and home to the Terracotta Army of Emperor Qin Shi Huang.

Since the 1990s, as part of the economic revival of inland China, the city of Xi’an has re-emerged as an important cultural, industrial and educational center of the central-northwest region. It now boasts important facilities for research and development, national security, and China’s space exploration program.

As of 2015 Xi’an had a population of 8,705,600, while the Xi’an-Xianyang metropolitan area had a population of 13,569,700. It’s the most populous city in Northwest China, and—according to a July 2012 report by the Economist Intelligence Unit—was named as one of the 13 emerging megacities of China 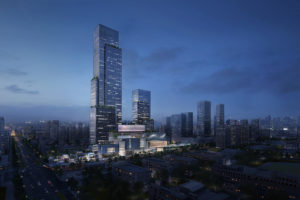 Located alongside a major thoroughfare within the center of Xi’an and walking distance of the historical ancient city walls, this project comprises a 318 meter tall tower, consisting of office areas and a boutique hotel, a 180 meter tall service apartment tower, and a twelve floor podium containing extensive retail and entertainment areas. 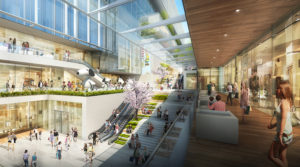 The project design strategically organizes both the vertical and horizontal dimensions, creating a vibrant urban center which is welcoming and accessible at the base. A key feature of the design is the integration of an adjacent park with the ascending terraces of outdoor retail experience, ensuring the pedestrian activities well connected at street levels to the surrounding streetscape.

The dissolving of tall buildings into the smaller volumes of pedestrian-friendly spaces is designed to stimulates synergy among the tower, the park, and the surrounding streets. “The design for OXIC is intended as an exploration of vertical urbanism and offers a new solution for high density urban mixed-use in Asia. With its vibrant and unique mix of program combining retail, office, residential, museum, theater, hotel and entertainment venues, OXIC creates an urban oasis both sensitive and culturally significant to the city of Xi’an.” says Ping Jiang, AIA, design principal of EID Architecture. 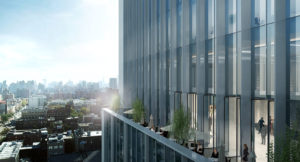 Conceived as an iconic and culturally representative landmark, the design offers a platform for a new dimension in urban living and the future of high density mixed-use projects through the integration of the desired program both spatially and experientially. Culturally, contextually and programmatically responsive. The design draws inspiration from both the historic gridded pattern of the imperial city with its overlapping pure rectangular geometries and the ancient city walls in terms of their spatial relationship with the city, in particular their connection to nature and the opportunity to occupy these high vantage points as public space.

The outcome is a design that is both contextual and iconic, contextually integrated whilst unique in appearance. A design that allows for a visual and spatial porosity and connectivity at multiple levels creates a place of understated monumentality within a contextually harmonious architecture. It dissolves the overall mass of the lower portion into the surrounding context to create a more humanistic approachable scale, intimate at lower levels whilst creating an engaging and impressive calm and composed monumentality for the project as a whole. A design that is responsive to the city’s cultural and historical fabric offers a new landmark for Xi’an. 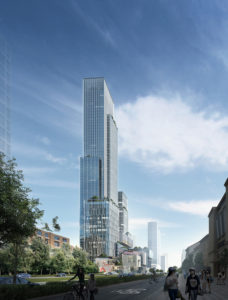 An important and unique feature within the design is the inclusion and integration of an external themed cultural retail street that connected to the park at ground level, rises through the development, culminating at a piazza event space at level 6.

This rising terrace street offers a multi-level connectivity and porosity to the retail shopping mall within and an engaging opportunity and interface for external areas and variety along its route and takes inspiration from the ancient historical walls of the city which allow for the access and enjoyment of public space along the top of these walls and is reminiscent of this particular aspect of Xi’an character and lifestyle.

Art work and entertainment features are located along the route to create an event specific environment along with landscape and garden terraces integrated with the ascending terraces connecting the natural landscape of the route with the natural environment of the park to further enhance an overall design integrity and complexity.

Overall in the design landscape is integrated as an integral part of the vertical community intent with green terraces initiated at the retail podium areas and reaching into the higher parts of the project with the inclusion of sky terraces and roof garden areas. 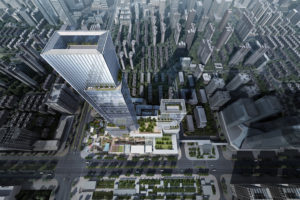 These landscape areas offer a green visual spatial connectivity across the project providing cohesiveness to the overall intent of creating a green micro urbanism as part of the projects core parameters.

Grounded in the city’s history and leading the way to its high-density future, the project offers a spatial quality, a formal composed beauty, programmatic opportunity, and a natural porosity/permeability from a holistic perspective.

Reflecting the modernity and contextual humility that traditionally define Xi’an, OXIC is poised to become a signature landmark for the city, and a prime destination to live, work and visit.

All images courtesy of EID Architecture, unless otherwise credited.